With emerging technology such as the metaverse, continued digital transformation and the further adoption of AI, and cloud computing , forecasts for 2022 signal towards further disruption and change in the coming year.

When it comes to selecting innovative speakers, top organisations lean on our experience to find and book the best speakers possible. With that in mind, Champions Speakers is delighted to deliver this year’s official roundup of the top innovation speakers to book!

Former global head of innovation & creativity for the Walt Disney Company - Duncan Wardle is a leading authority on creativity and innovation. He has spent nearly over two decades refining his techniques in ideation. He is an expert on cultivating and instilling innovation into company culture. He has also delivered masterful TED talks on the subject of Innovation receiving hundreds of thousands of views for his work.

Lindsay Herbert is the Author of Digital Transformation, she is extremely well versed on digital transformation, having lived for several years on the edge of the very latest technology working in extremely large scale enterprises.

Lindsay wrote the literal book digital transformation -“Digital Transformation: Build Your Organization’s Future for the Innovation Age” which was incredibly well received and has cemented her status as a truly innovative thinker. As a result, she has become highly sought after as a speaker, being regularly requested by companies across the globe.

Inventor of the K1 auto-disable syringe, Marc Koska is a pioneer in the field of medicine. Despite not having a medical background, upon discovering the dangers of reusing needles and the rise in blood borne disease Marc developed the K1 syringe which revolutionised medicine across the globe saving billions of lives. Now booked as a speaker, Marc delivers talks on instilling an innovative mindset and a culture of continuous improvement.

Steve Wozniak is a real titan of industry, he is the co creator of Apple Inc. and  designed the ground-breaking Apple II computer. His era defining work marked a real turning point for personal computing. He is a staunch believer in entrepreneurism and the human ability to innovate. Booked as a speaker, not only does Steve Wozniak deliver fascinating stories from the early days at Apple, but also deep insight as to what it takes to be truly innovative in technology and in business.

Best known for coining and popularising the term ‘Metaverse’, Neal Stephenson is a speculative fiction author. After writing his first book in 1984, Neal soon earned the credibility his work deserved when his 1992 book ‘Snow Crash’ – where he popularised the word ‘metaverse’ – won over the minds of readers and critics alike. He went on to become a No. 1 New York Times best seller, win 2 Hugo awards and also claim a British Science Fiction Association Award. Neal is a real visionary and a talented writer and thinker, having delivered talks to Google and some of the most innovative organisations in the world.

Technology expert and former Director of Industrial Design at Apple, Robert Brunner is an expert on design and innovation. He designed the infamous beats by Dre headphones that generated billions in revenue for the company.  When booked as a speaker, Robert Brunner delivers raw open advice, cutting through the noise with a relentless drive to inspire real innovation

Martin Eberhard is one of the key founders of Tesla Motors. He served as CEO for several years and is the current Director of Electric Vehicles Development at Volkswagen Group. He is widely known within the industry as an innovative engineer, and has recently been named in Fortune Magazine’s Top 24 Innovators. Such an original thinker is a real asset to any organisation. Booked as a speaker, he brings a clear methodological approach to innovation, particularly in high tech fields of artificial intelligence, product design and engineering.

Chief Technical Officer at one of the leading digital businesses in the UK, Meri Williams is responsible for driving innovation at Monzo Bank, the online banking app that won “Best British Banking App in 2019”. She previously head senior technical roles at Proctor and Gamble and worked alongside the Government Digital Service as Head of Delivery. She has a long history spearheading technology innovation in senior roles in highly technical industries. When delivering a keynote address, Meri speaks with clarity delivering unrivalled expertise to audiences.

Mike Butcher MBE is a highly regarded, award-winning technology journalist. He is currently the ‘Editor At Large’ at TechCrunch having previously written for The Financial Times and The Guardian. Mike regularly comments on technology for the likes of the BBC, Sky News, CNN and CNBC.

GQ listed him as one of the 100 most connected men in the UK – he has vast experience and an elite contact book meaning he is perennially at the cutting edge of technology and innovation. When booked as a speaker, he is charismatic, entertaining and bursting with technological knowledge.

The inventor of the digital camera, Steven Sasson is the walking embodiment of innovation, the American electrical engineer produced the first handheld digital camera in 1975, at a time where such technology was thought impossible. He holds the patent on the memory and storage arrangement that modern digital cameras use till this day.

In 2009 Steven was awarded the National Medal of Technology and Innovation by President Barack Obama, the highest award available to scientists, engineers and inventors. In 2018, he was made a member and courtesy professor of the University of South Florida Institute for Advanced Discovery and Innovation. 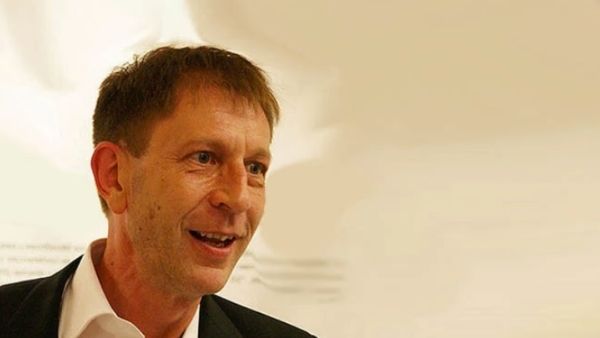 Kane Kramer is one of the worlds most demand speakers, he invented the Digital Audio Player in 1979, a device which initially had a capacity of holding just a few minutes of audio was world leading at the time. By creating the device, Kane changed the face of the music industry with new methods of consumption never seen before.

A truly innovative thinker, Kane went on to create more devices such as the Monicall, he is also a member of the International Clean Energy circle and the founder of the British Inventors Society. Kane is a prolific and talented speaker able to convey his ideas and share his expertise to both technical and non technical audiences.

Long standing entertainment executive and silicon-valley entrepreneur, Marc Randolph is most famous for co founding and serving as the CEO of Netflix revolutionising the entertainment industry. Marc has decades of experience setting up and growing businesses with highly innovative business models. When booked as a speaker, Marc shares his expertise on consumer behaviour, strategy and marketing, he is a hugely innovative thinker with a passion for business and desire to help people.

Created by Hanson Robotics in Hong Kong, Sophia the robot is a social humanoid robot first activated in 2016 she is the first robot to ever be granted a nationality when she became a citizen of Saudi Arabia. Sophia was the most advanced humanoid robot when she was launched and uses a combination of innovative technology - including artificial intelligence and facial recognition - to mimic human facial expressions and engage in conversation.

When booked as a speaker, Sophia is the physical embodiment of technological innovation, having held several awe-inspiring conversations with high profile individuals across the globe, thrilling audiences

Instagram co founder, Mike Krieger, has amassed a vast amount of experience in building and scaling technology based businesses. He completed his studies at Stanford University and went on to create the app that has defined the social media industry and some would say a generation. When booked as a speaker, Mike is able to convey his futuristic analysis with precision.

He is an analytical thinker and a keen innovator and fore corporations looking for someone to inject a spark, Mike is one of the most talented innovators in the world.

Former Chief Design Officer at Apple, Sir Jony Ive, is a radical innovator who designed era-defining products at one of the world’s leading organisations. He played a crucial part to the success of the company, in designing the iPod and iMac. Since leaving the company in 2019 he has founded LoveFrom, a creative design practice. Sir Jonny Ive also holds a role as the Head of College at the Royal College of Art. When booked as a speaker he is insightful and exciting, and a delight to audiences.

World-renowned game designer and best selling author, Jane Mcgonigal is one of the most sought after speakers in the world with her Ted Talk fetching over 15 million views so far. She an innovation powerhouse with unparalleled experience, she has served as the director of Game Research and Development at the Institute for the Future and Chief Creative Office at SuperBetter Labs.

With over 20 years of experience and games played by millions of people around the world, Jane has built up truly unique insights and knowledge to share with your audience.

Jeremy White is a leading technology journalist with decades of experience at some of the biggest and best media companies in the world. He is the Senior Innovation Editor of Wired, former Executive Editor of Wired UK and former Digital Editor for the Financial Times. Jeremy covers the latest technology innovations on artificial intelligence, IoT, quantum computing, fintech, retail disruption, health tech, digital transformation, cyber security and more.

Over the years Jeremy has developed a breadth of experience which has led to him being called upon by organisations such as HSBC, Deloitte, BMW, Johnson & Johnson, Zurich, Danone, Adobe and more to deliver keynote addresses on technology and the future. Booked as a speaker, Jeremy offers real insight and case studies into the technology innovations that are going to change the way we all live and work.

Susannah Schofield is the former Commercial & Innovation Director at Royal Mail Group, leading over 300 people in an extremely competitive commercial environment. Susannah earned a fantastic reputation as an executive through her original ideas and strategic leadership. Her book, “Mind The Gap”, is referenced in the talks she delivers with her innovative approach to business strategy development proving to be hugely popular with business owners and executives who are striving for ideas, motivation and inspiration.

If you are interested in booking a workplace culture speaker to increase awareness of how to create a positive workplace culture, get in contact by filling out our online contact form or by calling directly on 0207 1010 553.

Megan has managed the internal content for Champions Speakers since 2019 when she joined the company as a Digital Copyrighter. In 2020, she progressed to Content Executive and only a year later, Megan was promoted to Senior Content Executive, where s...
Read more