The co-creator of Apple Inc., Steve Wozniak (known by the nickname 'Woz'), is legendary entrepreneur, engineer and philanthropist, whose contributions have made the history books. An icon of Silicon Valley, the technology guru is responsible for the creation of the Apple I and Apple II personal computers, a monumental achievement in the computing industry. A seasoned speaker, Wozniak can discuss not only his incredible four decades at the forefront of technological advancements, but his belief in entrepreneurial spirit, and philanthropic ventures, an opportunity to hear from the Apple creator yourself. 1976 was the year that the illustrious partnership between Wozniak and Steve Jobs would be marked in history, as the co-creators of Apple.

Having spent much of his youth experimenting with computer engineering, Wozniak’s analytic mindset and pioneering attitude saw him develop the Apple I, including the hardware, operating systems and circuit board in 1976. Undeterred by the disinterest from tech giants like HP, Wozniak designed the Apple II, an influential development in production of personal computers. An eminent figure in the company, and the world, Wozniak stepped down from active involvement in the now over $200 billion company, in 1985 however, still fronts the brand globally and as a shareholder in the most iconic company of the past century.

Evidently an unparalleled digital entrepreneur, Wozniak has continued to found businesses and innovate designs, including the creation of CL 9 where he engineered the first programmable universal remote in 1987. From the Wheels of Zeus wireless GPS, to co-founding Silicon Valley Comic Con convention, Wozniak’s contributions across sectors is undeniable, gaining him a place in the Inventors Hall of Fame in 2000 and the Manufacturing Hall of Fame in 2014. For the man who has revolutionised the personal computing industry, Wozniak has received over ten honorary degrees, and countless accolades, including a San Jose street named in his honour ‘Woz Way’.

Spending much of his later career involved in philanthropic ventures through educational programmes in schools and teaching programmes, Wozniak has been devoted to inspiring the next generation. Providing investment in the way of funds and time, Wozniak helped found the Electronic Frontier Foundation, Tech Museum, and Los Gatos School District computing. A true believer in creativity, and harnessing potential, Wozniak’s dedication to the advancement of others is nothing short of inspirational. The mind behind Apple, pioneer in personal computing and internationally recognised technology authority, Steve Wozniak provides a completely unique experience as a speaker. 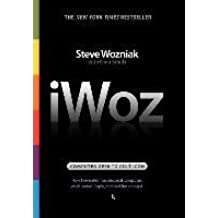 How to hire Steve Wozniak

Contact the Champions Speakers agency to provisionally enquire about Steve Wozniak for your event today. Simply call a booking agent on 0207 1010 553 or email us at [email protected] for more information.