Creative design guru Ken Segall worked for over a decade as the Creative Director to revolutionary entrepreneur and Apple co-founder, Steve Jobs. A pioneering figure of defining characteristics of the illustrious brand, Ken is credited with naming the iMac and launching their renowned campaign titled Think Different. Describing himself to have an “obsession with technology”, Ken has worked as the Creative Director of countless industry-leading organisations, such as NeXT, Intel, Dell and IBM to name a few. As the Creative Director of Apple, Ken was pivotal in the relaunching of the brand back in the 1990s. A period for which Apple had not been profitable for a prolonged period of time and was teetering on the edge of bankruptcy, Ken worked his creative genius to bring the brand back from the brink of extinction.

Working with Steve’s vision of simplicity, Ken and his team formulated the idea of the Think Different campaign. Ken designed the campaign with the ultimate goal of redefining what Apple stood for; reigniting their employee’s passion and establishing the foundations that astounding future technology could be made from. Immensely successful, the campaign brought the company back from the brink of bankruptcy, propelling them to become one of the most valuable companies in the world. Ken was also the innovator of the iconic “i” seen at the front of most Apple products. Initially unimpressed by the name, Steve was ultimately convinced by Ken and his team to name his C1 computer the iMac. Little did they know that the “i” would go on to become an iconic feature of the brand, used across their product range today.

Ken also covers various aspects of working with Steve Jobs, telling tales of how a great business leader found the power of simplicity. A seasoned speaker, Ken has been sought by high-profile businesses to deliver his wisdom. Previous clients include the likes of Warner Home Entertainment, Deloitte, Dell, Accenture, Intel, Ikea and Nationwide Insurance. Having spoken at over 100 events, including Champions' very own Networking Breakfast at The Gherkin, Ken has honed his skills to engage and captivate audience members of various industries and demographics, focusing on the subjects of management, innovation and marketing. Ken has previously delivered keynotes at the World Intelligent Manufacturing Summit, Nordic Business Forum and the World Business Forum. Inspiring, influential and personable Ken motivates audiences to harness Steve Jobs legacy of simplicity to tap into their own business potential.

In November of 2020, we sat down with Ken to discuss all things simplicity, virtual events and the impact that COVID has had on marketing. Read our interview with Ken Segall today. 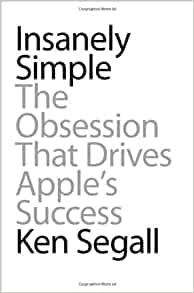 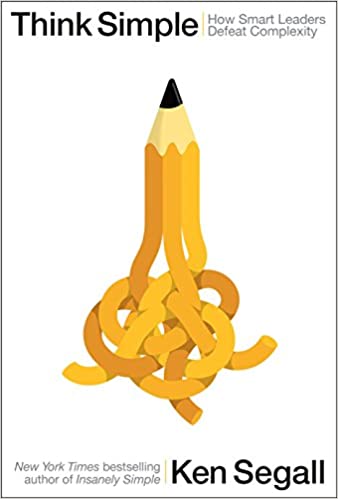 How to hire Ken Segall

Contact the Champions Speakers agency to provisionally enquire about Ken Segall for your event today. Simply call a booking agent on 0207 1010 553 or email us at [email protected] for more information.

When at corporate events, Ken is known to cover the following topics:

During the COVID-19 pandemic, Ken attended many virtual events, booked as the exciting guest speaker. Read the feedback he has received below.

"Ken’s talk was seen to be very engaging by the team and you could see them coming back to what they said in our roundtables so he had an effect for sure." – Sinead, L’Oreal

"Thank you to Champions for helping us organize Ken as a speaker to our EMEA Management Committee – it was something very different to what we usually do and Champions helped with the short timeline and understanding our needs from the start. Ken was a great hit with the team and will be a talking point for some time to come!" - Sinead, L’Oreal

Ken is regularly booked to engage audiences at in-person events, read his latest feedback below.

"Just wanted to drop you  a note  to say thank you very much for  organising such a brilliant morning  yesterday -  Ken was hugely   insightful, great venue and a very pleasant morning indeed." - Jessica, Executive PA, Home House

"He was so interesting and fantastic stories!!" - Lanra, News Productions