Designer and renowned creator, Robert Brunner, is best known for his work with Apple Computers. As a technology expert, the innovation speaker frequently features at industry events internationally, where he shares his creative process and design strategies with audiences. Insightful and knowledgeable, audiences revel in Robert's valuable expertise. In 1981, Robert graduated from San José State University with a degree in Industrial Design.

From there, he worked for several high-profile technology companies as their designer and project manager - the most prominent of which being Lunar Design in 1984. Only eight years after he graduated, Robert was appointed Director of Industrial Design at Apple, where he played a close role in the production of the Powerbook. In this position, Robert designed all of Apple's product lines. As a design, innovation and business speaker, Robert can share his story to success, inspiring audiences to reinvent their own professional opportunities.

After leaving Apple in 1997, Robert founded the outdoor grill design firm entitled Fuego in 2006, where he designed the Arc Collection. Two years later, in 2008, Robert took a lead role in Ammunition LLC's design team, where he offered designs and consultancy to clients worldwide. Most recently, Robert designed the iconic Beats by Dr Dre earphones and headphone range, which is popular with fans and has featured in multiple music videos.

As a public speaker, Robert's no-nonsense, upfront presenting style asks the questions that can redefine a business - for example, “if you weren’t around tomorrow, would your customers care?”. Robert challenges business ideology, encouraging enterprise owners to take the calculated risks that will position them above their competitors. He believes that innovation is the key to achieving market leader status. Robert's work has achieved worldwide success, as well as winning 23 IDSA Awards from the Industrial Designers Society of America. Robert is more than a businessman, his creative designs have earned him critical acclaim and international recognition. 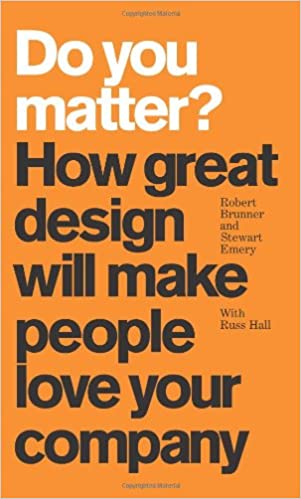 Do You Matter? How Great Design Will Make People Love Your Company

How to hire Robert Brunner

Contact the Champions Speakers agency to provisionally enquire about Robert Brunner for your event today. Simply call a booking agent on 0207 1010 553 or email us at [email protected] for more information.