Former Chancellor of the Exchequer, Alistair Darling also known as Lord Darling of Roulanish, dedicated four decades to the Labour Party, 28 years of which as a Member of Parliament (MP). The longstanding MP has committed his career to various high profile roles in British politics and is recognised for his contributions to policy and public relations throughout the years. As a political speaker, Darling offers a unique insight into the workings of the UK government, and valuable perspective to businesses on the effects of policy on corporations.

Gaining a seat as a Member of Parliament in 1987, Darling was the Labour MP for Edinburgh Central until 2015 when he chose to step down. The leader of his constituency for 28 years, Darling epitomised the strength of character, community involvement and policy advocacy required to be a successful and popular MP, which saw him selected to take on a number of distinguished roles in parliament. From taking the third most senior position as the Chief Secretary to the Treasury in Tony Blair’s cabinet to spending four years as the Secretary of State for Work and Pensions, Darling was only three members to continually serve in cabinet from 1997 to 2010. Other positions held in the time include: Secretary of State for Trade and Industry, Scotland and Transport, evidencing his wide area of expertise.

Graduating from the University of Aberdeen, Darling had not only achieved his law degree, but acted as President of Aberdeen University Students’ Representative Council, showing his early interest in governing. Alongside his career in law, Darling continued to pursue his interests in the Labour Party, having joined aged 23 he chose to gain experience serving on a number of councils, until he was elected to the House of Commons. In the earliest years, Darling proved himself as a strong willed and resilient leader, qualities which carried him through his illustrious political career.

Since stepping back from his role of MP in 2015, Darling has remained an eminent figure in politics, becoming a Director of the Better Together campaign in 2014, calling for unity amongst parties to stop Scottish independence. Additionally he maintains his media appearances, called on to cast his expert opinion on current affairs and offer futurist insight. For his career longevity and influence, Darling was awarded a life peerage in the 2015 Dissolution Honours, making him Lord Darling of Roulanish. An honoured MP with decades of experience in British politics, Alistair Darling is the ideal political speaker for occasions. 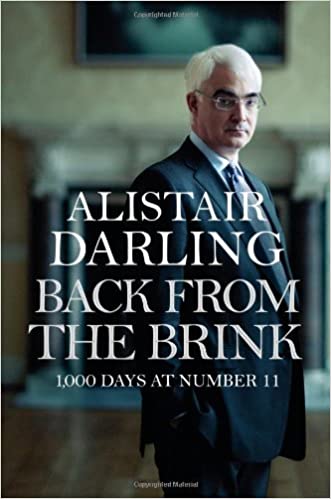 How to hire Lord Alistair Darling

Contact the Champions Speakers agency to provisionally enquire about Lord Alistair Darling for your event today. Simply call a booking agent on 0207 1010 553 or email us at [email protected] for more information.