Political broadcaster and journalist, Andrew Neil has been at the forefront of political reporting for three decades. An authority in print and screen, Andrew’s contributions are hailed internationally for their perceptive insight and ability to transform complex political jargon into layman’s terms. Replicating the same success with ease, as a speaker, Andrew navigates key political moments, past and present, for audiences, offering bespoke commentary for each occasion. Having represented the BBC for several decades and held prestigious roles at the likes of The Spectator Andrew’s recognisability as an after-dinner speaker will elevate your event, ensuring a lasting impact on guests.

Best recognised for his influential position as the Editor of The Sunday Times, the former Conservative Party employee took to the role in 1983. Backed by his experience as the editor of the University of Glasgow newspaper, paired with his degree in political economy, Andrew impressed in the role for a period of 11 years. Throughout his tenure, he interviewed prolific politicians, reported on current affairs, and injected insightful analysis of the political climate. With an established reputation in political journalism, Andrew was named Editor-in-Chief and Chief Executive of Press Holding Group, responsible for the leadership of several publications including: The Scotsman, The Business, and The European.

Equally prevalent on the broadcasting circuit, Andrew has extensive experience in the business and presenting aspects of television. As a founding Chairman of Sky TV, Andrew spearheaded the company to international success, thanks to his business acumen and industry expertise. Called on to impact his wisdom for audiences, Andrew has also fronted many BBC programmes over the decades, from Despatch Box to Sunday Politics and Is This Your Life, which received a BAFTA nomination for Best Talk Show. Andrew’s professionalism and unrivalled knowledge on the topics he discusses is a quality that has seen him respected on screen and on stage.

Currently, Andrew is continuing his dedicated career to British politics, and his long-running partnership with the BBC as a political presenter. Since 2003 Andrew has been the host of Daily Politics, and from 2018 covered the subsequent series of Politics Live, both of which saw him engage with key political figures and news. Remaining dominant in the publications industry, Andrew’s current positions as the Chairman of The Spectator UK, USA, and Australia further evidence the relevancy of his insight. Benefit from the expertise of Andrew and his extensive career, when you book him as your next event speaker. 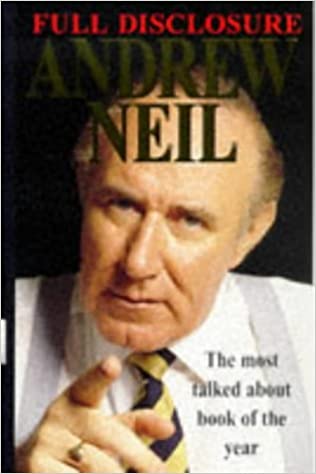 How to hire Andrew Neil

Contact the Champions Speakers agency to provisionally enquire about Andrew Neil for your event today. Simply call a booking agent on 0207 1010 553 or email us at [email protected] for more information.

"A lively and thoughtful presentation - an excellent closing session for the conference." - AIRMIC

“Andrew Neil was an incredibly timely choice for our event which happened during a crucial time of the Brexit negotiations.  His unrivalled political knowledge made for a really engaging talk and his humour bought lightness and ease to a topic which could easily have missed the mark.  I would recommend Andrew for any event focussed on UK or Global politics” - Emma, HSBC