One of the best-known figures in British broadcasting, John Sergeant has been at the forefront of political reporting for more than 50 years. A talented radio and television journalist, John has transitioned into writing, and other activities in his later career including presenting documentaries, making him an icon of the mainstream media. A popular speaker on the circuit, John is regularly booked as an after-dinner speaker for corporate events due to his recognisability and authority on such topics as politics, businesses and presenting. An experienced and renowned host, events benefit from John’s prestigious position and distinctive style as a speaker.

Best known for his long-standing affiliation with the BBC, John spent 30 years reporting on the political climate for the broadcaster. Starting out as a radio journalist in 1970, John went on to work on the international desk, as a war reporter and finally as the BBC’s Chief Political Correspondent. Over the course of his time at the BBC, John was involved in history-defining moments and sharing them with the world. From watching Martin Luther King’s ‘I have a dream' speech live in the crowd, to covering opening sessions of the European Parliament and reporting from over 25 countries, John’s journalism career has been nothing short of remarkable. He has also had the opportunity to interview some of the country’s most high-profile figures like Margaret Thatcher and Tony Blair.

Since departing from the BBC in 2000, John has remained in the media, representing ITN as a reporter and winning the Best Individual Contributor of the Year award in 1999. John’s other ventures have included as a successful author of such books as ‘Maggie: Her Fatal Legacy’ and ‘Give Me Ten Seconds’ which was a best seller. Equally prominent on the small screen, John has fronted several acclaimed factual series and events like Britain’s Flying Past, The Chelsea Flower Show and Britain’s First Photo Album.

Whether he’s waltzing around the dancefloor on Strictly Come Dancing or reporting for The One Show, John continues to hold his place in the heart of the British public as a respected media authority. When booked as an after-dinner speaker and host, audiences recognise John from his career of longevity and distinction, ensuring maximum success of the events he attends. 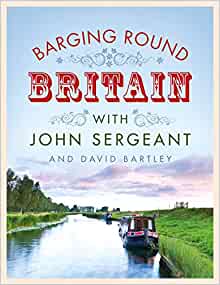 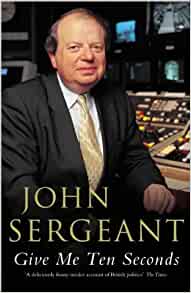 Give Me Ten Seconds 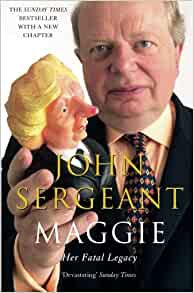 How to hire John Sergeant

Contact the Champions Speakers agency to provisionally enquire about John Sergeant for your event today. Simply call a booking agent on 0207 1010 553 or email us at [email protected] for more information.

During the COVID-19 pandemic, John attended many virtual events, booked as the exciting guest speaker. Read the feedback he received below.

"All went well thanks! once he got going, all was great and the client was very pleased.  Thanks for all your help setting up." - Sarah, Manager, Broadcast Revolution

John is regularly booked to engage audiences at in-person events, read his latest feedback below.

"John Sergeant, went down extremely well, we have had nothing but praise for him. He is also a true professional pre the awards. Please pass on our thanks for a job well done." - Seema, Event Delivery Manager, BRE (Building Research Establishment)