15 Years On From England's Rugby World Cup Win - Where Are They Now?

For every rugby union player, the opportunity to lift the famous Webb Ellis Cup and be crowned champions of the world is a dream. And, for a select few, this dream becomes a reality.

Today, marks 15 years to the day that England made history winning the Rugby World Cup for the first time. The nation held its collective breath as Jonny Wilkinson CBE scored the now famous drop-goal that clinched victory 20-17 over Australia.

Here at the Champions Speakers agency, we have a whole host of stars on our roster who played in this illustrious occasion, and take a look back at what the squad have been up to since the win… 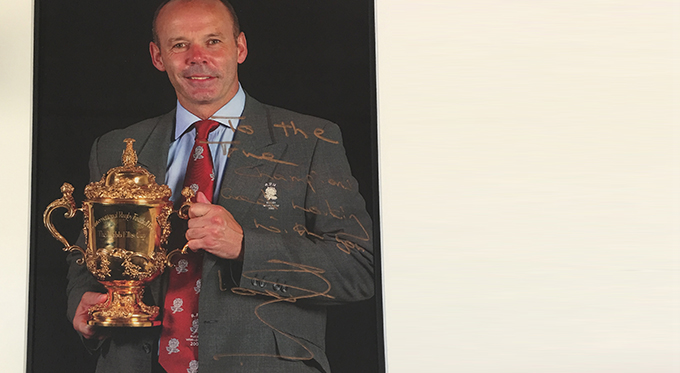 Above: A signed photograph of coach, Sir Clive Woodward addressed to the Champions Speakers agency.

The man who masterminded the incredible victory, Sir Clive Woodward  continued to coach England for another year before moving on to do the same with the British and Irish Lions in 2005. This was his last coaching position, but he has held other profile roles in sport including becoming Performance Director at Premier League football team, Southampton and then Elite Performance Director at the British Olympic Association.

This position saw him have an integral role in London winning the 2012 Olympic bid. Most recently he has worked as an excellent after dinner speaker, giving talks at some of the country’s most prestigious venues.

This includes at our very own speaker showcase on the topic of mental resilience at the Gherkin in London. 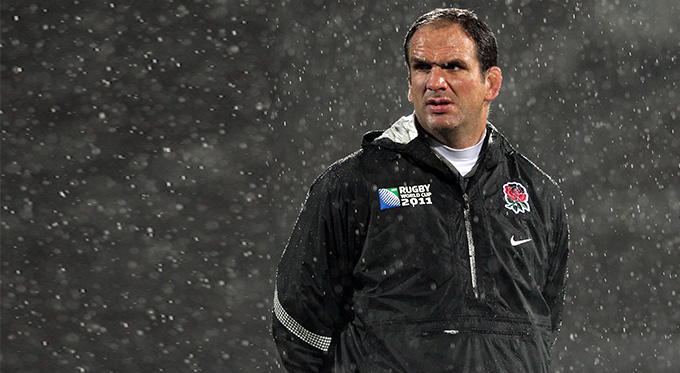 Above: A signed photograph of the legendary Martin Johnson addressed to the Champions Speakers agency.

Leader. Captain. Legend. All words used to describe the man who captained England to the 2003 win. A one club man after spending more than 15 years with Leicester Tigers, in 2008 he was appointed Head Coach of England, a position he held since 2011 winning a Six Nations title along the way.

Since then, Martin Johnson has worked as a pundit and rugby speaker. This year he headlined Champions (UK) plc’s annual rugby dinner. 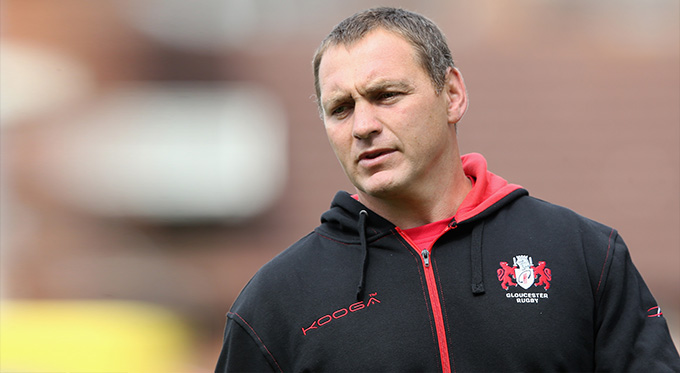 Making 22 appearances for England, Trevor Woodman’s finest hour for the red rose came during the World Cup final. Unfortunately, he had to retire from rugby at the age of 29 due a neck injury he sustained in 2005.

As well as his international career he also played for Gloucester and Sale Sharks. Since retirement he has dabbled in both punditry and coaching. Moving to Australia he worked as a rugby commentator for Fox Sports and his coaching career began at Sydney University. He then moved back to England working as a forwards coach, first for Wasps and then his old team, Gloucester. 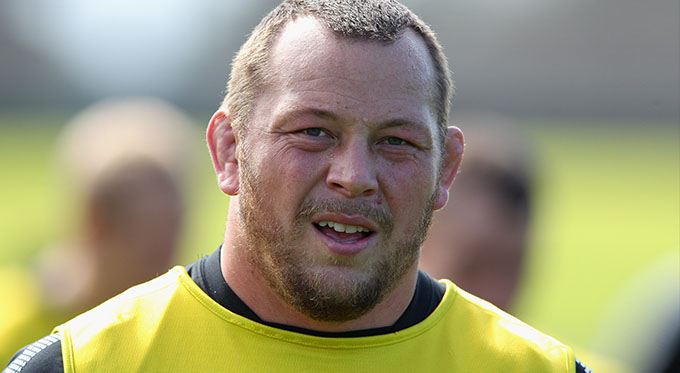 Once England’s most capped hooker, Steve Thompson racked up 73 appearances for England over eleven years. His playing days came to an end after a neck injury in 2011 playing only one game for new club Wasps.

He also played for Northampton Saints, French side Brive and Leeds Carnegie in the domestic game. Since retiring he has relocated to Dubai where he is an ambassador for the Christina Noble Children’s Foundation which supports oppressed children all over the world. 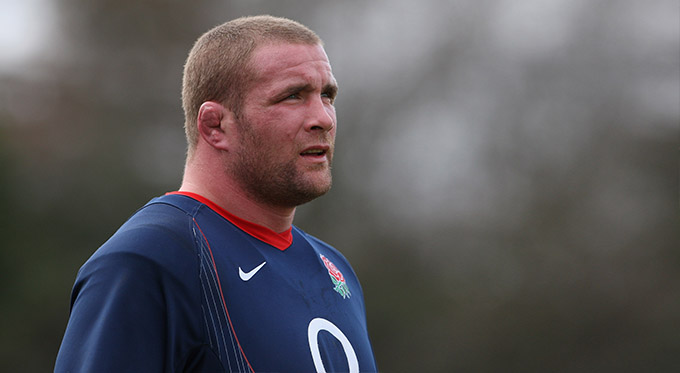 Another former World Cup winner who had to take early retirement due to injury, Phil Vickery earned 73 England caps and played for Gloucester and Wasps. Phil has worked as a coach for Worcester Warriors but was released after poor performances from the squad.

He has also worked in the media and starred on Celebrity MasterChef winning the 2011 series. 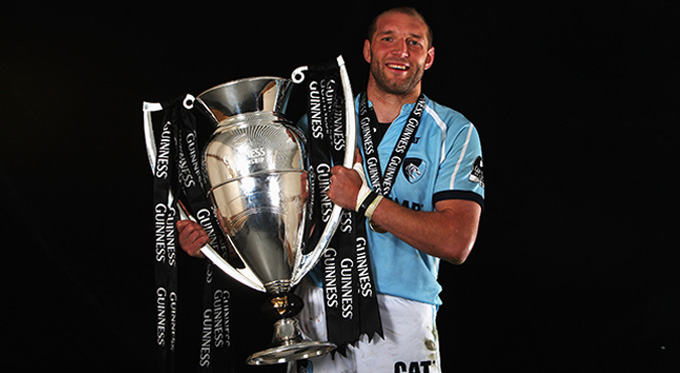 A hero both on and off the pitch, Ben Kay was famously caught up in flooding in his home of Evesham in 2007 and contributed to the rescue efforts there. Spending his entire club career at Leicester Tigers he made 62 appearances for England.

One of just four men to play in both the 2003 and 2007 Rugby World Cup Finals, he has become a favourite of the media as a pundit for ESPN and BT Sport. 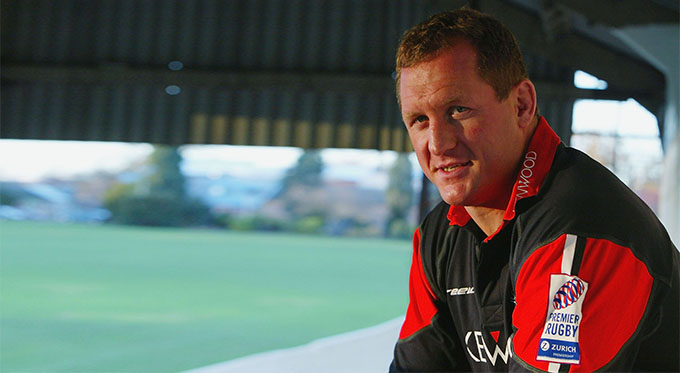 Unfortunately dogged by a chronic knee problem which forced him into early retirement in 2008, Richard Hill now has a permanent limp. Playing over 250 times for Saracens, he is regarded as a legend of the club.

Now, he can be found mentoring the club’s younger players and also is a trustee of the Saracens Sports Foundation which supports vulnerable children. 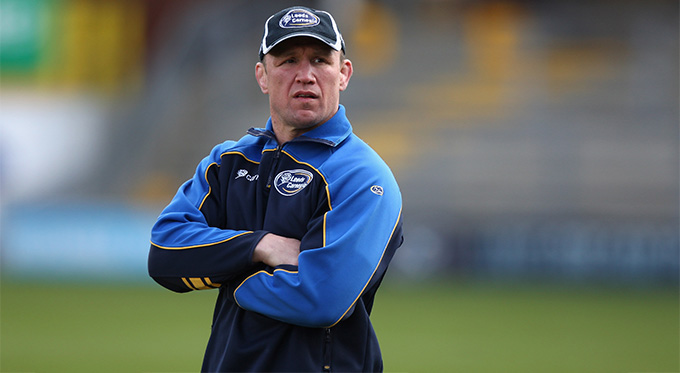 Another member of the Leicester Tigers golden generation that won countless trophies, including two Heineken Cups, Neil Back MBE scored a record number of tries for a forward for the club. His good form continued on the international stage where he played 66 times for England.

Since retiring he worked as a defensive coach with Leicester Tigers before going on to be a head coach at Leeds Carnegie, Rugby Lions and Edinburgh Rugby. 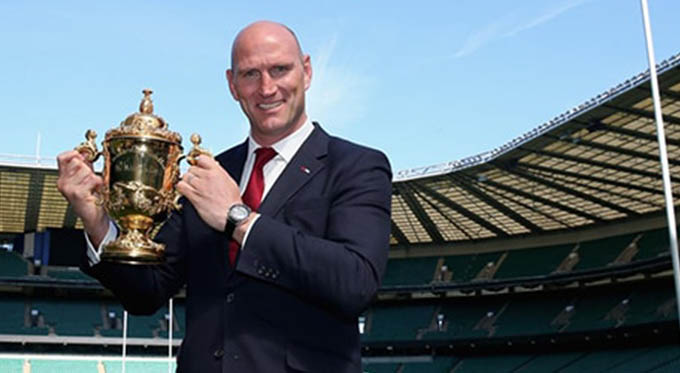 One of England’s most decorated players, Lawrence Dallaglio won three Six Nations titles as well as the World Cup with his country. Spending his whole club career with Wasps, he won five Premiership titles and two Heineken Cups with the team.

Now, he has a wide-range of commitments. He is a key member of ITV’s rugby coverage, has launched his own charity foundation which conducts numerous fundraising activities and has even released his own pasta sauce brand in a nod to his Italian heritage. 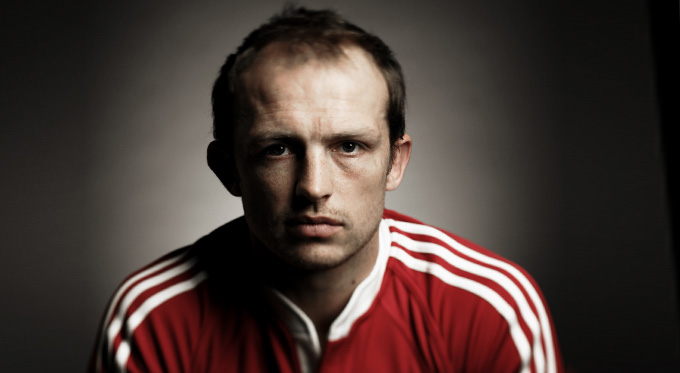 Arguably one of the squad’s most recognisable members, Matt Dawson has gone on to create a successful media career for himself. As well as appearing on the likes of Strictly Come Dancing and Celebrity MasterChef, he has been a team captain on long-standing quiz show A Question of Sport since 2004.

On the rugby pitch he played for Northampton Saints and Wasps as well as making 77 appearances for England. 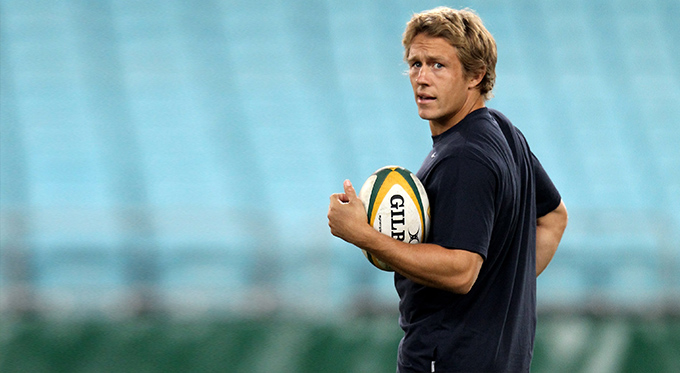 The hero who scored the drop-goal that won the Rugby World Cup for England, Jonny Wilkinson is the nation’s record points scorer. Between 1998–2011 he scored over 1,000 points for England and also played for Newcastle Falcons and French team Toulon.

Since retiring he has worked as a rugby pundit on television and a renowned rugby speaker. He focuses his speaking engagements about managing the stresses he experienced as a player. 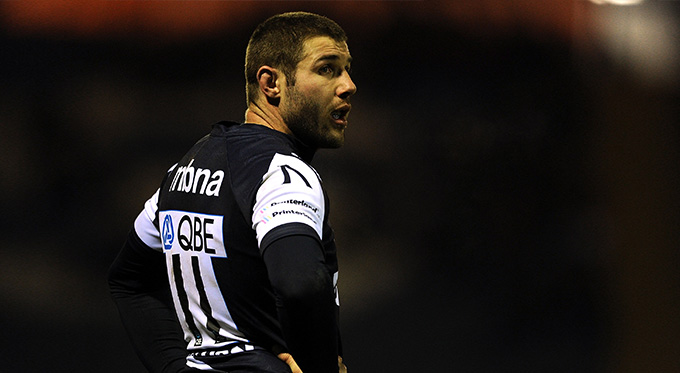 Similar to Matt Dawson, Ben Cohen is another former World Cup winner who has entered the world of celebrity. In recent years, he has appeared on the likes of Strictly Come Dancing, The Jump and And They’re Off!

During his career Ben played for Northampton, Brive and Sale Sharks before making 57 appearances for England. A clinically deaf athlete, he has created his own foundation and at a speaking event regularly discusses the challenges he has faced due to his condition. 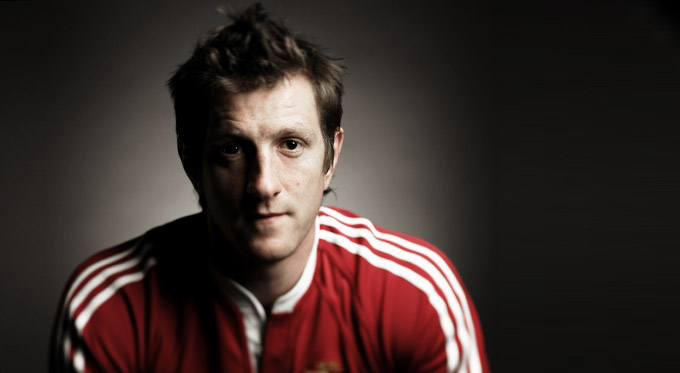 Controlling the middle of the pitch, Will Greenwood was a focal point for England’s victory. Overall, he played 55 times for England and also represented Leicester Tigers in between two spells with Harlequins.

One of many players who has gone on to become a rugby pundit, he has worked for SKY, ITV and also has his own column in The Daily Telegraph. Alongside this he has also co-founded his own travel business. 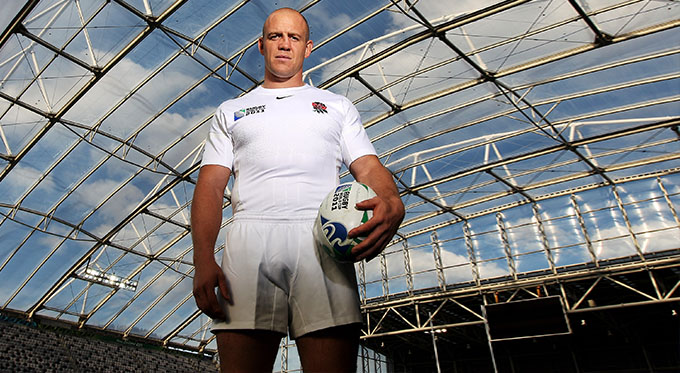 Famous for his broken nose and fierce style of play, Mike Tindall represented Bath and Gloucester during the course of his career which spanned 17 years.

Playing 75 times for England, off the pitch he made headlines when he married the Queen’s granddaughter, Zara Phillips. Mike has also been a celebrity ambassador for a number of companies, starred on television programmes such as Bear Grylls: Mission Survive and is a prolific after dinner rugby speaker. 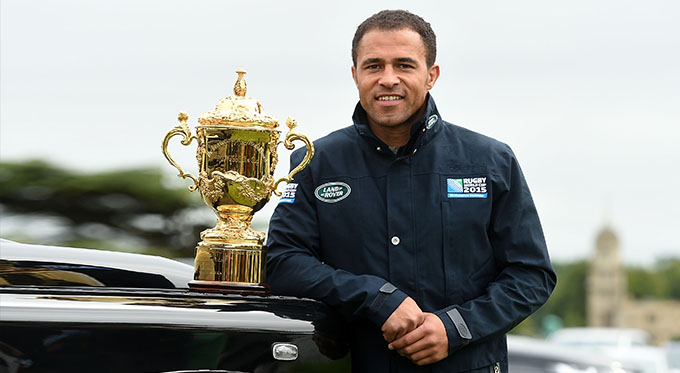 A rugby star who has made an impact in both codes of the game, he played 51 times for England and in rugby union represented Bath, Sale Sharks and Flyde. Jason Robinson's career has taken a different turn since and alongside working as an ambassador for the sport he has launched his own athletic clothing range and been a sheep farmer! 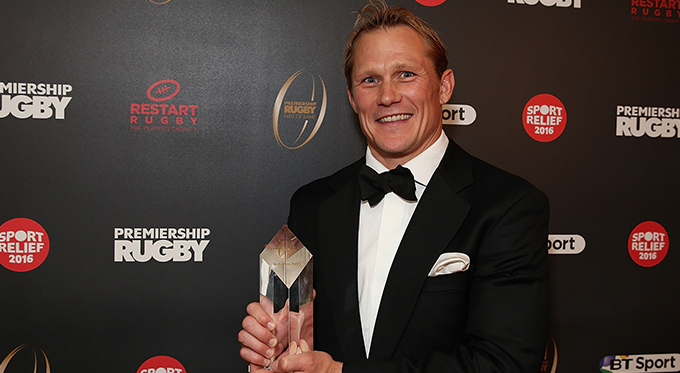 Before becoming a professional rugby star, Josh Lewsey had a successful military career. Following this he went to university before starring for Bristol, Wasps and England where he won the World Cup.

He also played for England in the sevens format of the game, most notably at The Commonwealth Games. After rugby he has taken up the role of rugby administrator for Cornish Pirates. He moved on from here to head up the Welsh Rugby Union which saw him enforce a new strategy for the grass-roots game in Wales.

If you would like to book any of our excellent rugby speakers for your next corporate event, function or conference, get in touch with Champions Speakers today. Call us on 0207 1010 553 our complete our online form.