Clive Woodward is recognised as a legend of the Rugby Union, having enjoyed a successful national and international playing career, before coaching England to historic success. The former Director of Sport at the British Olympic Association now balances his commitments as a leading sports pundit with his global speaking engagements. Able to lead others to replicate the success of his teams, Woodward offers entertaining talks on developing a winning mindset and other essential qualities from his career, along with insider anecdotes from over 40 years in the industry.

Leading the number one ranked team in the world at the time into the 2003 World Cup is one of the most iconic moments of Woodward’s coaching career. Supporting, strategising and championing England to success, Woodward became the man behind England winning their first ever Rugby World Cup. Following two Six Nations wins in 2000 and 2001, the Grand Slam in 2003 and the most marked improvement of the national team in decades, the World Cup win further solidified Woodward’s place as an unparalleled and history making coaching legend. For his unprecedented achievements, Woodward was Knighted in 2004 and inducted into the World Rugby Hall of Fame in 2011.

Prior to his illustrious coaching period, Woodward had gained a reputation as a talented player, joining the impressive Leicester Tigers squad after completing his sports science degree at Loughborough University. Playing a consistent and strong centre position for the side, Woodward was soon called up to the national team, making his debut in 1980 against Ireland. Proving a fierce competitor, Woodward retired from professional play having achieved a total of 21 caps for his country, and established himself on the international scene.

Having headed up the British Olympic Association as the Director of Sport, between 2006 and 2012, Woodward has firmly positioned himself as a preeminent figure in the sports industry. With a knowledge of sports strategy and a leadership record that is second to none, he now acts as a pundit for ITV Sports. Possessing refined presenting skills, alongside his exceptional career, Woodward’s lasting legacy is in his speaking engagements. Backed by over 40 years in sports, Woodward’s talks expertly navigate how to achieve a winning mindset, strive for continual learning, embracing technology in unconventional industries and of course a plethora of entertaining anecdotes. His previous clients include the likes of Heineken, HSBC, Sainsbury’s and you could be next. 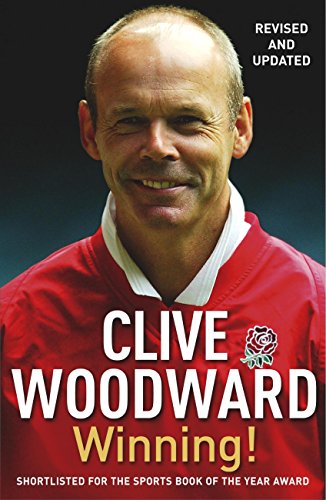 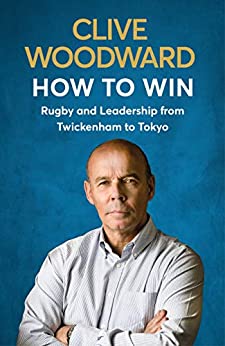 How To Win: Rugby Leadership From Twickenham To Tokyo

How to hire Sir Clive Woodward

Contact the Champions Speakers agency to provisionally enquire about Sir Clive Woodward for your event today. Simply call a booking agent on 0207 1010 553 or email us at [email protected] for more information.

Clive will deliver a virtual keynote followed by a live Q&A session sharing the key attributes he believes teams and individuals need to display in uncertain times. The session lasts for 60 minutes (45 minute presentation, followed by a 15 minute Q&A) and will be run by Zoom (or your equivalent provider). You can invite as many people as you would like to attend and have people join from wherever they are working in the world.

The DNA of a champion by Hive Learning

Clive has developed a bespoke guided learning course taking the principles from his talks and distilling the key concepts into 15 minute actionable bursts of learning. Teams can learn with their peers using Clive’s peer learning platform so that they can stay connected, collaborate, and problem-solve across home offices, dining tables and borders. Up to 250 users only.

When he's at live corporate events, Clive is known to cover the following topics:

"We have received excellent feedback on Sir Clive's speech. We were looking for something relevant to leadership and teamwork with a focus on sustaining high performance. The credibility of techniques that have been tried and tested in both the business and sporting world were key to our audience of high performing experienced professionals. The sporting examples were of course incredibly engaging to an audience that has an interest in the people and events in Sir Clive's background. We did a Q and A session which was very enjoyable as he was naturally at ease in telling anecdotes, quick-witted and funny. The team was very helpful and easy to deal with" - Karen, Carey Olsen

"Sir Clive was a pleasure to have with us last Wednesday, he was very professional and personable and nothing seemed to be too much of an ask. Our clients CEO was extremely happy that the brief was met and enjoyed his company for the evening. The delegates remained engaged throughout the speech and enjoyed the Q&A where Sir Clive stood and answered questions and provided anecdotes of his career that were very entertaining. The use of slides and video clips were well used throughout and the clear link to his leadership style through business and sport was very well received. We would undoubtedly recommend Sir Clive to speak at future events." - Anya, Force Four Creative Ltd

"The whole night was a success but CW was the star attraction and there was a really good atmosphere from start to finish. Sir Clive was on time at 6:30 and stayed for drinks up on the walkway - and was spot on in between! Signed every book (all 70 went to new homes), gave an “inspirational” presentation getting plenty of laughs too in the right places." - Thomson Reuters

"It was a great pleasure to meet Sir Clive, and his presentation was incredibly well received. His presentation was aligned perfectly with the day, while also being very engaging and entertaining. It was the key highlight of our meeting; excellent feedback was received all round. Please extend our thanks to Sir Clive once again." - Vicky, Vivid Medical Communications

"[Our event] went brilliantly. Sir Clive was a massive hit with all. Please can you pass on our sincere thanks." - Nic, Strategic Development Manager, Retirement Advantage

"In short he was a true pro; polite, charming, punctual, attentive and organised. His presentation was on point and he WOWED the audience - he happily attended the dinner and helped hand out the awards." - Roebuck Productions

"It was a great evening thanks. Lots of emails since from our guests saying what a good time they had." - Gareth, Cokethorpe School