Sir Ian McGeechan is a symbol of rugby excellence. He formerly competed in the Rugby Union, first as a player and later as a celebrated coach. From Scotland in 1988 to Bath Rugby in 2012, he was greatly sought after for his winning insight that ensured his teams' success. As an after dinner speaker, audiences are regularly captivated by Ian's stories from both on and off of the pitch. Weaved into his anecdotes, Ian provides actionable strategies for effective teamwork and leadership, essential for corporate audiences to get the most out of their employees.

In 2010, celebrating Ian's defining services to rugby, he was knighted in the New Years Honours List. Additional achievements include several championship wins, credited to Ian's formidable ability as both a player and a coach. At the 1973 Five Nations Championship and later at the 1974 and 1976 Calcutta Cup, Ian was an essential member of his teams' success. However, it is as a head coach that Ian truly thrived. From the 1989 Calcutta Cup to the 2008 Premiership Rugby Tournament with the London Wasps, his knowledge of high-performance teams ensured first place.

Ian's career kick started in 1972, when he made his debut with his home team, Scotland. During his playing career, he thrived as a fly-half and centre, earning 32 caps over the course of his career. As a captain, he led his own home team several times, as well as toured with the British and Irish Lions in the 70s. In 1989, Ian was appointed assistant coach of Scotland, followed by a promotion to coach in 1988. Under his expert eye, his team won a Grand Slam in the 1990 Five Nations Championship. Moving to the British and Irish Lions as their Head Coach until 2009, Ian established himself as a truly influential figure in rugby.

After being appointed Director of Rugby at Northampton in 1999 and Director of Rugby at London Wasps in 2009, Ian has earned a legion of supporters. Audiences of his after dinner speeches enjoy his thrilling anecdotes, full of sporting stars and some of rugby's pinnacle moments. As a sports speaker, Ian holds the key to peak performance, the driving force behind every sports team's, and businesses' success. Book a rugby icon above the rest with the legendary Ian "Geech" McGeechan.

Contact the Champions Speakers agency to book Sir Ian McGeechan for your event today. Simply call a booking agent on 0207 1010 553 or email us at agent@championsukplc.com for a free quote.

When he's at corporate events, Ian is known to discuss the following topics:

"Ian was a great speaker.  Everyone really enjoyed hearing from him. He was very accommodating, nothing was too much trouble. He spoke about teamwork and collaboration, and it was entirely relevant for us.  We are a small firm and his message of getting the basics right was a great success!  Many thanks for your help along the way.  Much appreciated." - John McDonagh, Dalmore 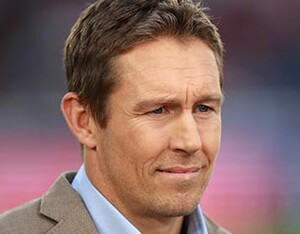 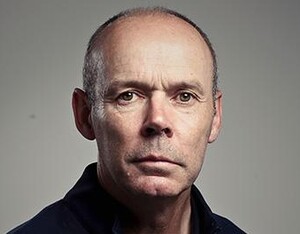