Famed rugby union player, Martin Johnson is a popular sports speaker and event host. Former captain of the England National Rugby Union Team, his highly successful career spans across 16 seasons of professional competing. With such an extensive career, it is no surprise that Martin is a popular booking choice for a number of events, where he frequently shares his story of elite sport. In the early stages of his career, Martin played American Football with the Leicester Panthers, developing his love of competitive sport. Martin proved himself to be a formidable player, quickly earning the attention of former All Black, Colin Meads, in 1989.

Colin urged Martin to try out for the New Zealand side, King Country Rugby Football Club, which led to him playing two seasons for the club. A year later, in 1990, Martin embarked on a tour of Australia with the New Zealand Under-21 Side. As a world traveller from a young age, Martin is a truly insightful, and interesting speaker to witness.

Since making his debut in 1989, Martin firmly positioned himself as a highly successful player. Over the course of his career, he made 456 appearances as a lock, playing for both national and senior teams. From the late 80s to 2001, Martin earned 100 points for such teams as the Leicester Tigers, the Barbarians and The England National Rugby Union Team. As a prolific player, he is regularly booked for his back-stage pass to the inner workings of elite sport. Martin is also a popular event host, featuring at public and private occasions as a famous face for audiences to enjoy.

In 2008, Martin was appointed the England team manager. In his first game toward the end of the year, his team beat the Pacific Islanders with an incredible score of 39-13. While being led by Martin, the team won four championships, including the 2009 Six Nations Championship. In the 2010 season of the Six Nations, England won games against Wales and Italy, making it to the finals against France. As a speaker, Martin is noted as being charismatic, witty and engaging, taking his audience on a journey through top-level competing. Martin is an expert on such topics as teamwork, leadership and peak performance. 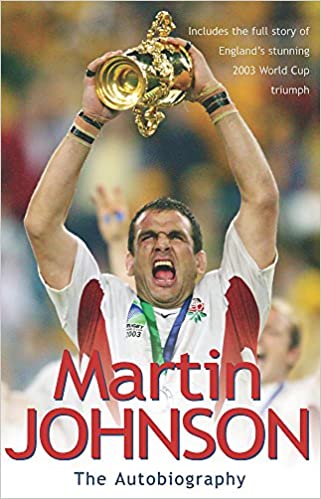 How to hire Martin Johnson

Contact the Champions Speakers agency to provisionally enquire about Martin Johnson for your event today. Simply call a booking agent on 0207 1010 553 or email us at [email protected] for more information.