Profitability and social responsibility don’t naturally always come hand in hand, but for co-founder of the global ice cream brand, Ben & Jerry’s, Ben Cohen it was an essential factor in his success. Having a values lead company has seen Cohen’s venture thrive from a start up to the best-known ice cream product in the world, and since departing from his leadership role, he has continued to champion ethical businesses. A dedicated social activist, and one of the most pre-eminent international entrepreneurs, Cohen is highly sought after to give transformational talks. Humorous, honest and insightful, Cohen’s talks are inviable to individuals and corporate wide.

1978 was a defining year in the career of Cohen, the year he embarked on his debut entrepreneurial venture, as co-founder of Ben & Jerry’s. From a humble scoop shop in Vermont to over 577 shops, and deliveries to 38 countries world-wide, Cohen’s success is undeniable. Adaptability drove Cohen’s business through decades, with him constantly developing new products to respond to demand, such as the dairy free range. With a strong mission from the outset, that focuses on products, social and economic stability, The Ben & Jerry’s Foundation has been committed to donating 7.5% of all profits to charitable causes is regularly outspoken in support on topics like Black Lives Matter and environmental issues.

Having stepped back as CEO in 1996, Cohen has continued to dedicate his platform in the industry, to developing socially aware businesses, policies and projects. Through his bestselling book ‘Ben & Jerry’s Double Dip...’ he outlines the map to creating a value led business that is also profitable, based on his own experiences. The recipient of numerous awards, Cohen was honoured in 2000 by the New York Open Centre for his leadership in pioneering socially responsible businesses, a testament to his global influence in the field.

Speaking at engagements across the globe, including Bernie Sanders presidential rally, ACT to End Racism and several corporate occasions, Cohen’s illustrious career acts as an invaluable resource for audiences. His admirable activism, across international issues, combined with his decades of business industry success makes for a truly captivating and educational talk. A truly unique man, Ben Cohen offers an equally unique experience for audiences of his keynote talks. 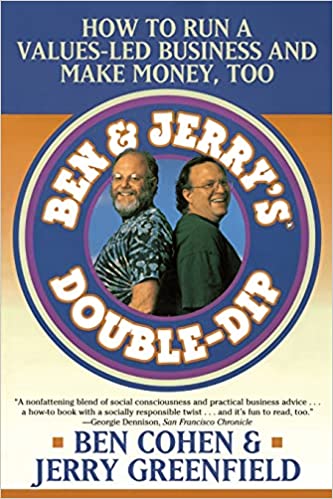 Ben and Jerry's Double Dip: How To Run A Value Led Business And Make Money Too 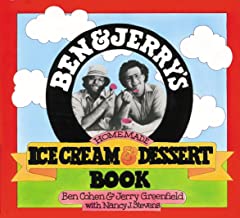 How to hire Ben Cohen

Contact the Champions Speakers agency to provisionally enquire about Ben Cohen for your event today. Simply call a booking agent on 0207 1010 553 or email us at [email protected] for more information.

"Ben is one of the kindest, most engaging, and inspirational guests we have had on this campus. As students, we are often preoccupied with grades and goals for the academic year. Your talk reminded many of us that while succeeding is important, there are many other ways to leave an impact on this planet." - CU Boulder Cultural Events Board