Leading British economist, Lord Jim O'Neill has been at the forefront of the UK economic scene for over twenty five years. Revered for his contribution to emerging markets and coining the acronym BRIC, O’Neill’s influence spans decades, sectors and countries, a true authority in the field. As a speaker, O’Neill provides audiences with an insight into his illustrious career in government and business, in addition to perceptive advice on future forecasts for the impacts of economics on corporate environments.

During his eighteen years spent at Goldman Sachs, predominantly as the Chief Economist, Jim made a number of pivotal contributions, in particular his insightful forecast of emerging markets. In 2001, when evaluating the future of the G7 countries in a paper, O’Neill first announced the acronym BRICs which represented the four developing countries: Brazil, China, India and Russia which would create a global economic powershift. This insightful and educated forecast informed much of what was understood of the changing economic balance we saw, and was utilised by O’Neill to create innovative investment opportunities for his clients as Goldman Sachs’s Division of Asset Management. In addition, O’Neill has also published a number of books on the topic including ‘The BRIC Road to Growth’.

Gaining a foundation in the theory of economics, O’Neill achieved an undergraduate degree and Masters in economics from the University of Sheffield. After finishing his PhD at the University of Surrey, O’Neill joined the finance sector at the Bank of America, followed by Marine Midland Bank as the economist for their International Treasury. Evident from the outset was O’Neill’s impressive analytical mindset, work ethic and perceptive approach to economics, qualities that saw O’Neill later employed by Swiss bank Corporation in 1988 as the chief of global research.

In recent years, O’Neill has been sought after as an advisor to the government in a number of roles. From acting as Chair to the Cities Growth Commission, informing government policy to being appointed as the Commercial Secretary to the Treasury for David Cameron, O’Neill’s influence is undeniable on UK economics and politics. Since 2008 O’Neill has been a columnist for Project Syndicate, proving the demand for his continued insight and in 2011 he was named on the 50 Most Influential list. An illustrious career, marked with global recognition for pioneering contributions to economics, government policy, finance and business, O’Neill is the ideal speaker for corporate audiences. 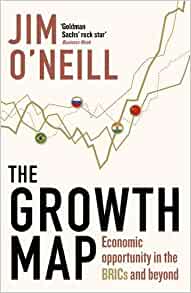 The Growth Map: Economic Opportunity In The BRICs And Beyond 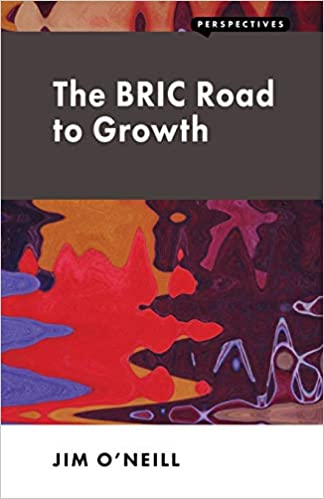 The BRIC Road To Growth

How to hire Lord Jim O'Neill

Contact the Champions Speakers agency to provisionally enquire about Lord Jim O'Neill for your event today. Simply call a booking agent on 0207 1010 553 or email us at [email protected] for more information.