A popular name in the world of broadcasting, Johnnie Walker is an iconic radio disc jockey. Johnnie mostly worked for BBC Radio 2, making a name for himself on the drive time slot - this makes Johnnie the perfect event host, as he is a highly recognisable face for audiences. Johnnie is as confident on stage as he is on the radio, effortlessly conducting Q&A sessions and telling stories from his life experiences. Ideal for a wide range of events, he can discuss a variety of topics influenced by his radio discussions.

Johnnie boasts a vast number of fans who have loyally followed his media career for decades, making him a popular celebrity figure for audiences of all ages. Johnnie's love of music stems from a young age, since he studied music aged 8 at Ruckleigh School. Though his initial career was in the motor industry as a car salesman, it wasn't long before he started DJ-ing in ballrooms and bars. Johnnie was a hit, so began his broadcasting career at the offshore radio station, Swinging Radio England, in 1966. Three years later, Johnnie moved to BBC Radio 1 where he presented a prime-time Saturday show. As an after-dinner speaker and celebrity host, he discusses his early experience of radio in the 60s, offering his audience an insight into the illustrious industry.

Charming and eloquent, Johnnie is a captivating presenter. With decades worth of experience performing live, you can rest assured that your event is in safe hands with Johnnie. In 1970, he presented the 9 am to 10 am weekday show, then the early afternoon show in 1971. Johnnie's radio programmes were an entertaining mix of classic hits, humorous anecdotes and exciting games, including the music quiz, Pop The Question. Johnnie moved to America in 1976, where he worked for five years at the radio stations KSAN in San Francisco and WHFS in Maryland. At the height of his radio career, Johnnie worked as Terry Wogan's stand-in on Radio 2, Sounds of the 70s and The Radio 2 Rockshow on Saturday nights. After retiring from active broadcasting, Johnnie now dedicates his time to featuring at events nationwide.

How to hire Johnnie Walker

Contact the Champions Speakers agency to book Johnnie Walker for your event today. Simply call a booking agent on 0207 1010 553 or email us at agent@championsukplc.com for a free quote.

When at corporate events, Johnnie is known to cover the following topics: 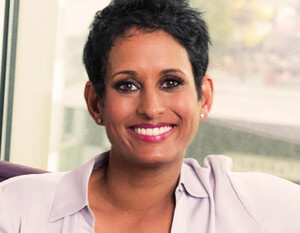