Former Special Forces officer, Jason Fox or 'Foxy' is a popular motivational speaker. His expert presentations give audiences an insight into the truth behind PTSD, as he candidly shares his story to promote acceptance and understanding. From hostage rescue to counter terrorism, Jason has experienced it all. He has been shaped as a person by situations that tested his physical and mental resilience. Jason’s methods to self belief have benefitted audiences internationally, with countless testimonials reflecting upon his likeable nature and honest storytelling style. Jason left the Special Forces in 2012, after working as a demolitions expert and Special Forces dog handler.

Moving into the television and film industry, he initially used his wealth of experience in the Special Forces to support production crews who were working in environmentally hostile areas, such as the jungle, the arctic or the desert. In his motivational speaking, he offers a backstage pass into the inner workings of television production.

Jason is humble and inspiring, earning numerous positive testimonials from his public speaking which praise his discussion of resilience, teamwork and mental health. Jason featured in front of the camera for Channel 4’s hit series SAS: Who Dares Wins, where he put members of the public through the SAS Secret Selection, in the ultimate test of their physical and, more importantly, psychological resilience.

Additionally, he led the ground-breaking series Meet The Drug Lords: Inside The Real Narcos, hailed as Channel 4’s flagship show of 2018. Many viewers praised the show for its flawless cinematography and insightful editing style. Cited as "the narcos whisperer", Jason’s authentic onstage and onscreen persona has earned him critical acclaim, especially since his move to documentary filmmaking and public speaking. Now the author of Battle Scars, which was a Sunday Times Bestseller, Jason frequently gives raw, vulnerable accounts of his experience with PTSD. 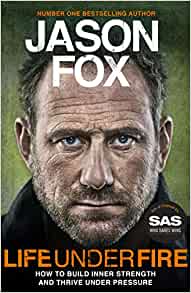 Life Under Fire: How to Build Inner Strength and Thrive Under Pressure 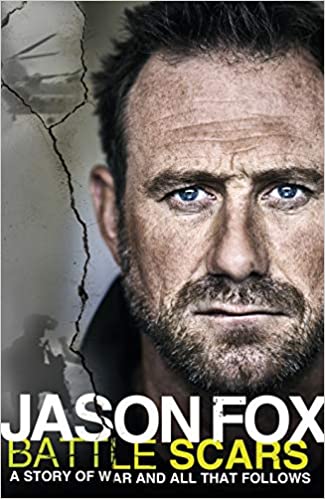 Battle Scars: A Story of War and All That Follows

How to hire Jason Fox

Contact the Champions Speakers agency to provisionally enquire about Jason Fox for your event today. Simply call a booking agent on 0207 1010 553 or email us at [email protected] for more information.

"Please pass on our thanks to Jason Fox for the talk he delivered to us last week. We were delighted with the level of interest the event generated. We have had a lot of very positive feedback about the session. And believe me, this is a tough crowd to please! Our colleagues found Jason's talk to be engaging, insightful and inspiring- as did we. We deliberated for some time over various speakers before we decided upon Jason. We definitely made the right choice and we would recommend him without hesitation." - Paul, Staff Wellbeing Manager, Cardiff University

“It went really well thank you. The audience loved him and he came across really well.” - Katie, Chubb Insurance

"All went well with Jason, thank you and he was very well received with the attendees. Thanks so much for helping me sort it all at such short notice too!" - Sarah, Savills Hotels

“Jason Fox spoke at our Company Conference. He was humble, yet inspiring, and managed to keep the audience’s attention throughout his whole talk. He stimulated more questions from the team than we have ever had before for a speaker. I would highly recommend him to businesses who want to inspire their team on teamwork, resilience and positive mental attitude” - Kay, Hasbro

“Just to say a big thank you for all your help. Despite the rail mayhem, everything went like clockwork at our event and Jason was very well received by our FEO members. Andrew and I thanked him, as did many members of the audience personally.” - Jan, For Entrepreneurs Only

"It was excellent. Jason provided a raw presentation and really engaging." - CA-CIB

"He was great! He made us laugh and had some good takeaways from a mental health perspective so messaging was spot on." - JP Morgan

"It was excellent! Jason had the audience mesmerised. They were really interested in everything he had to say and his style of delivery was pitched at the right level. I’ve attended a number of events in that hall and there is usually a restlessness towards the end of events (sometimes even in the middle of a particularly dry topic!) but during Jason’s event the audience was fully engaged throughout." - Bank of America