Adventure speakers are sure-fire crowd-pleasers. Their range of stories connects with audiences of all demographics, enticing them with promises of danger and, ultimately, glory. From all corners of the world, these famous explorers and adventurers have experienced enough physical and mental challenges to keep guests captivated all event long.

From the Antarctic to the Gobi Desert, these explorers have cultivated personal traits transferable to a business environment, including mental resilience and team cohesion. When up against the elements, these speakers needed to believe in not just themselves, but those around them too.

If you are planning an event, these famous explorers are the ideal choice to compliment your theme. Let's take a look at the best adventure speakers on offer!

Bestselling author, inspiring adventurer and incredible speaker, Pete Goss's missions take audiences back to the age of discovery. Among his other achievements, Pete competed in seven transatlantic and two round-the-world races, during which he travelled over 300,000 nautical miles by yacht. Pete's speeches invite audiences to experience the crashing waves and open waters of his many missions, making him as one of the most sought after speakers on the circuit.

Richard Parks was the first explorer to reach the summit of the highest peaks in every continent, an incredible achievement which drives his speaking topics. On top of his feats as an adventurer, Richard is also a former professional rugby player who won the Arthur Boucher Award for the Most Promising Player. No matter the theme of an event, Richard's versatile career and wealth of experiences, including the Three Poles Challenge, combine to captivate audiences nationwide.

“Richard’s story is a perfect one to inspire the children to improve their all-round standards of literacy. His visit to Casllwchwr Primary was a truly memorable and fantastic occasion. The positive impact he made on the children that he met and answered questions to is genuinely immeasurable and is another wonderful outcome from his brave decision to undertake the 737 Challenge in the first place. Stories such as Richard’s provide a unique opportunity to engage children with literacy and improve their skills. Their project on Richard was an incredible academic success and one that all involved will never forget.”

As the first female explorer to circumnavigate the globe, Hannah Jenner is the pinnacle of inspiration. Having raced across oceans and broken world records, she has cultivated a vast range of skills including self-belief and perseverance, essential to completing such challenging missions. Hannah is also a talented blogger, author and filmmaking, including a popular documentary film showcasing her return to ocean racing. As a speaker, audiences revel in the highs and lows of adventuring.

Ian Parnell is a prominent mountaineer, whose fearless photography has taken him to the edge of cliffs and up the side of mountains - Ian's passion for the "perfect shot" has, in turn, taught him the importance of risk management. Such skills are essential to corporate audiences, who benefit from Ian's insight to risk and reward. A frequent writer, his work has featured in Living Well and Men's Health, Alpinist and Rock and Ice in America, a testament to Ian's influential career. An event featuring Ian will be a hit with audiences. 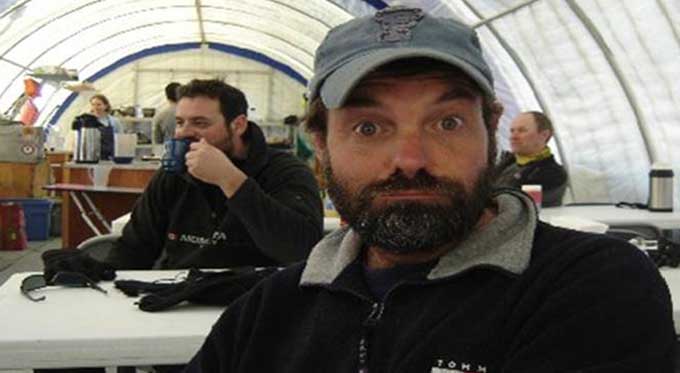 Jason De Carteret is a successful business owner, talented motivational speaker and fearless explorer. He is known for his documentaries, which offer viewers an insight into the world-record-breaking missions he has completed. On behalf of the World Wildlife Fund, Jason travelled to Zimbabwe took part in a challenge that pushed his mind and body to the limit. Since then he has gone on the lead over 10 expeditions across the world. Don't just watch Jason's documentaries, book him as a speaker to hear his stories first hand.

Paula Reid was the third woman to successfully ski the south pole, over 1000km of gruelling Antarctic elements. From the Ronne-Filchner Ice Shelf at 82⁰20 South to the Geographic South Pole at 90⁰ South, she spent 50 days fighting ice, snow and storms. Paula now uses her experience to inspire perseverance and determination in her audience, as well as offer insight into human behaviour. Additional missions include paddling 600 miles down the Mekong River. Spanning 64 countries, Paula's incredible track record keeps audiences on the edge of their seats.

“Just wanted to say how much I enjoyed the presentation last night by Paula. The talk was exciting, interesting, and very well presented through an excellent speaker and backed up by wonderful video clips and photographs (and appropriate music!). Please continue with these excellent choices of speakers. I learnt a lot about how these epic events carried out by these individuals and the experiences and knowledge they gain can be passed on to others to improve their leadership skills in the NHS.”

George Bullard is an incredible world record-breaking explorer and endurance athlete, whose TEDTalk tackles adversity and self-identity. George has covered over an incredible 2000 miles on foot in the polar regions and guided over 300 people on extraordinary expeditions, just the tip of his incredible career. A top motivational speaker who can share his personal experiences at a wide range of events, book a TEDTalk-standard speaker with George.

“It was an absolutely amazing evening, thoroughly enjoyed by all 450 people there! George was fantastic and engaged with the whole audience, students, staff, parents and special guests. The students were inspired and have been overheard this morning telling their friends about him. I’m sure he has a new group of followers! Please convey our thanks to him, he helped to make the evening very special indeed (and I even received a hug!)”

Bonita Norris is one of the UK's most influential adventurers. Having come face to face with some of the most challenging missions the earth has to offer, her expeditions are the central focus of her public speaking. Bonita started as a novice climber, but when she set her sights on Mt Everest, she mustered the strength to overcome her biggest challenge. With some of the world's most dangerous mountains under her climbing belt, audiences are enamoured by her heartwarming, authentic stories.

“I have taught in London for ten years and then been at Charlton for the last seven. Never have we had, nor have I seen a better speaker. I have seen almost every type of speaker at all functions….Bonita made people sit up and take notice. It was absolutely amazing and afterwards, I spoke to so many students who were so buzzing because of what she said. Kids (and parents) need people like her to raise their spirits, hopes and overall game.”

Britain’s leading female explorer, Ann Daniels is one of the most respected figures in the adventuring world. After becoming the first woman to ski to the poles in 2002, Ann is both a fearless and committed individual who has established herself as one of the most dedicated explorers in modern history. After being at the forefront of high-risk situations, Ann's motivational speeches inspire audiences to embrace their own opportunities, driving them to redefine their limits.

“The key message I took away was about our challenging environment and I thought her approach was very refreshing – don’t waste time/energy getting angry about the environment you are in and the challenges you face but instead start planning how you are going to deal with them. I think this is relevant for us all at work and outside work.”

One of the most renowned adventurers on the planet, Ranulph Fiennes is a speaker unlike any other. Many explorers have completed dangerous missions, but few have earnt the title of World’s Greatest Living Explorer from the Guinness Book of World Records. Following a career in the military, Ranulph's Transglobe Expedition took place in 1979. From the Land Rover 7X7X7 expedition to climbing the Eiger by its North Face, Ranulph's strategies to cultivating determination are driven by his incredible missions.

"In my opinion, Sir Ranulph was the best speaker we have ever had. He was extremely entertaining and our guests only said glowing things about his talk. He was a complete professional on the night and was a pleasure to be with. I regretted only letting him talk for an hour as could have listened to him for much longer. I would happily recommend him.”

Adventurers embody determination, perseverance and self-belief, traits which they can inspire in their audience. The ideal speakers for a wide variety of events, their incredible stories take audiences on a journey up mountains, across deserts and under the ocean. To book, contact us by filling in our online contact form or by calling a booking agent directly on 0207 1010 553.