14 Cool Facts About The Olympics That You Might Not Know

We take a look at some cool facts about the Olympics that you just may not believe. With hundreds of crazy Olympic facts and traditions from the days of the Ancient Greeks to the modern Olympics we enjoy today - let's see how many of these you already knew.

The lower you go, the harder they get. Good luck!

While today sporting events that involve nudity are considered scandalous or at least unplanned - in Ancient Greece, it was one of the major Olympic traditions.

While the first Olympiads saw athletes compete in loincloths, a runner called Orsippus changed the face of the games when he appeared naked, appealing to the nation as a symbol of 'Greekness'.

Nudity proved a sign of fearlessness, courage and power and was also considered a tribute to the gods. Participants would even lather themselves in olive oil to best show off their physique. Did you know The word 'gymnasium' comes from the Greek word "gymnós" which means naked?

13. The Tradition of Biting Olympic Medals 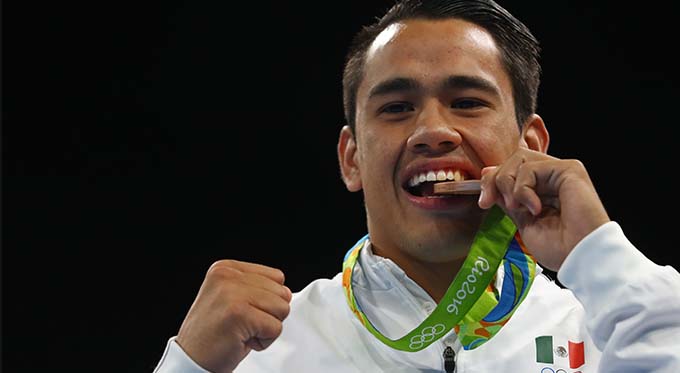 Ever seen Olympians biting their medals during the awards ceremony and wondered why they do that? Well, it harks back to ages past, where merchants would check a coin was indeed the precious metal they required and not a lead forgery. A lead coin would leave teeth marks, while a gold coin would not.

Olympic medals are not made of gold but only finished with gold. They are mostly made of silver in this day and age. The last time they were made entirely of gold was in the 1904 Olympic Games.

The original Olympic Games, staged in Olympia ran from 776 BC through till 392 AD and were held, like today, every four years in conjunction with a festival to honour the Greek god, Zeus. The Ancient Greeks also had three other Games in honour of gods, Apollo, Elis and Poseiden making room for a tournament every year. Roman Emperor Theodosius abolished the Olympics in an attempt to rid his empire of paganism, in favour of the widespread adoption of Christianity in 392 AD.

Amazingly it took 1503 years before the Olympics were to return. Organised by Pierre de Coubertin who formed the International Olympic Committee (IOC), the modern Olympics were born and took place in Athens in 1896.

11. What do the Olympic Rings Stand For?

The five Olympic rings are symbolic of the five continents, and the colours were chosen because they all appear on the flags of all the competing nations around the world.

10. Winners Are Engraved on the Stadium Walls

Medal winners are not only inducted into their nation's history and Olympic history but they are also honoured at the Olympic stadium of that year's tournament. Their names are engraved on the walls of the stadium - allowing their legacy to be written in stone. 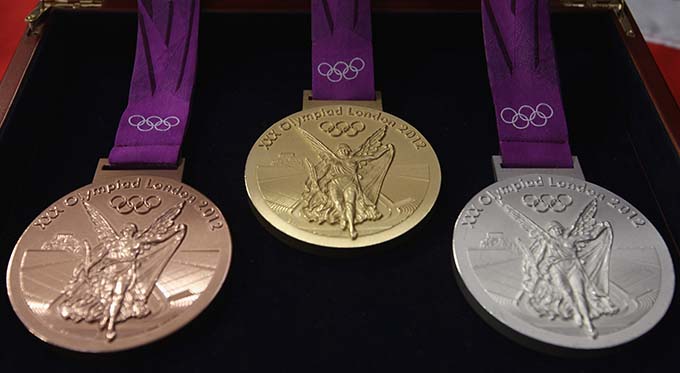 In the ancient Olympics, there was just one medal - gold for the winner. In the advent of the modern Olympic Games, gold, silver and bronze medals were all awarded to the top three competitors in each event.

8. The Understated Hero in the Black Power Protest of Mexico City, 1968

In one of the most dramatic moments in Olympic history, John Carlos and Tommie Smith made a monumental political statement, making a black power salute on the podium of the 1968 Olympic Games in Mexico. What is less known is that the silver medallist that day was an Australian white man, Peter Norman. He stood by the duo in solidarity while displaying a human rights badge.

Norman was, like the two American sprinters, attacked by his own country's media for this display and barred from competing in future Olympics. But his role has since been recognised as he was awarded a posthumous Order of Merit in 2008. Both Carlos and Smith appeared as pallbearers at Norman's 2006 funeral.

Now we're halfway through, we'd like to take a second to tell you a little about what we do. Our team work with former Olympic champions every day, offering businesses, schools and organisations the chance to book incredible Olympic speakers such as Jessica Ennis-Hill and Sir Steve Redgrave.

We also work with the top Paralympic speakers such as Tanni Grey-Thompson and Richard Whitehead.

And if you're looking to get your skis on at your event, you can even find a Winter Olympic speaker with the likes of Graham Bell, Eddie the Eagle and Amy Williams available.

7. The Olympic Flame Is Always Lit

It has been around the world, on Concorde, winding whitewater and even in space and is virtually weatherproof. It can withstand extreme temperatures and roaring winds of up to 50 mph and somehow has not yet gone out during its lengthy relays around the world. If it should, a spare torch, lit from the mother flame in Athens, is never more than 30 seconds away.

6. A Symbol of Friendship

While black Olympic icon, Jesse Owens was busy embarrassing Nazi Germany and making history at the 1936 Olympic Games in Berlin, two Japanese pole vaulters Shuhei Nashida and his friend Sueo Oe were set for a tie-breaker to decide who took silver and who took bronze. The duo decided to decline the tie-break scenario and famously cut the two medals in half. They then fused the bronze with the silver to make two new 'friendship medals'. 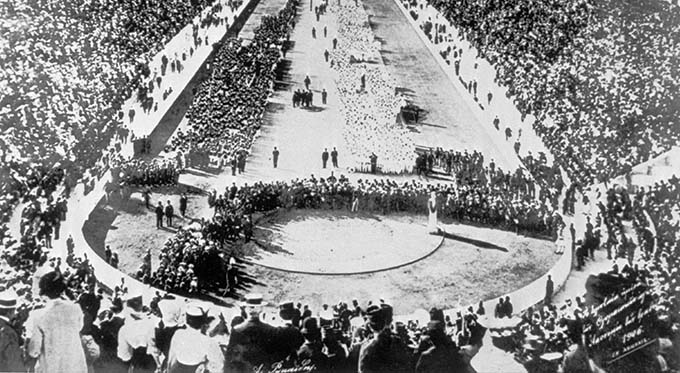 Rules have been put in place to make the Olympics the fairest and most level playing field possible, but that is not to say that athletes have not taken advantage of loopholes and such in the past.

The Winter Olympic Games introduced the Eddie the Eagle Rule to stop amateurs from competing in the Games. The IOC ensured that all competitors in the Games must have finished in the top half of an international competition.

Young people were allowed to compete in the Olympics until 1997 when the International Olympic Committee ensured only those above the age of 16 could compete. Dimitrios Loundras was the youngest ever Olympic athlete, appearing in the 1896 games.

The first Paralympic Games took place in Rome in 1960, designed to allow war veterans a chance to compete and rehabilitate. Before that, there were instances where physically disabled athletes competed in the Olympics themselves. Olympic gymnast George Eyser famously won six medals with a wooden leg in the 1904 Games.

Now the Paralympics offers a chance for people with an array of disabilities the chance to compete. In 2014 Ibrahim Hamato made history as he became a world champion in table tennis despite having no arms and playing with the racquet in his mouth.

3. A Marathon Without Shoes

From one man showing immense mental resilience, determination and drive, to another. Abebe Bikila won the Olympic marathon at the Rome Olympic Games in 1960. Amazingly he did it without the benefit of footwear. Running barefoot for the painstaking 26-mile run, Bikila became the first African in history to win a gold medal.

2. London 2012 was a Historical Moment for Equality

We've come a long way from naked competitors and excluded athletes to the Olympics of today. And London 2012 proved a landmark moment for the Olympics. Among other things, the London 2012 Olympic Games was known as the Women's Games. Why? Because it was the first summer Olympics that showcased true equality. Women were not barred from a single sport and for the first time in history, each nation sent a female competitor.

1. The Longest Remaining Record In The Modern Olympics Is Now 50 Years Old

Bob Bearman won the long jump in the 1968 Olympic Games in Mexico. His superhuman leap registered a remarkable 8.90 metres to become an Olympic record, which to this day stands in the competition. Greg Rutherford said of his iconic jump; 'It was a special jump back then and a special jump right now'.

How Many Of Our Crazy Olympic Facts Did You Know?

Whether you knew before or you know now, there is a multitude of inspirational sporting stories and quirky traditions that the Olympics have given us over the years - making it one of the world's most prestigious, exciting and eventful sporting events in history.

With the Champions Speakers agency, you can book an Olympic Speaker today. If you're looking for some inspiration, why not look at 20 of the best Olympics speakers?

Lewis Ray has been an After Dinner Sales Executive with us since the beginning of 2018. Having graduated with a BA (Hons) in Events Management from UCLAN, he spent time at Team Spirit Event Management before signing on the dotted line at Champions. H...
Read more

What Does It Take To Become An Olympic Legend?
By Cat Mitchell - 12/05/2021
Olympics
Read More
Image