Widely regarded as the face of the London 2012 Games, Olympic heptathlon champion Jessica is one of the most instantly recognisable athletic and sporting figures within the country. An eloquent Olympic speaker and after dinner speaker who came back from the brink with a career threatening injury and shouldered the expectations of a nation to secure home Olympic gold, Jessica is an excellent addition to all events and occasions.

The former World Champion has become a household name thanks to her prowess within her sport, but also a role model for the way she has promoted athletics and a healthy lifestyle to young girls. A figure and persona which has become as popular with the public as her gold wining pedigree, she is an exceptional after dinner speaker addressing all sorts of popular issues which can arise within performance sport such as peak performance, determination and motivation.

Following her absence due to pregnancy, Jessica made a show-stopping return to athletics in 2015 when she won the heptathlon at the Beijing World Athletics Championships. More of her recent achievements include taking first at the Combined Events Challenge and silver at the 2016 Rio Olympic Games.

Outside of athletics, Ennis has released her own fitness app entitled Jennis in which offers exercise routines and tailored pregnancy programmes. She was also appointed DBE in the 2017 New Year Honours for her services to athletics and won the BBC Sports Personality of the Year Lifetime Achievement Award. In the run-up to the 2017 World Athletics Championships, Jessica also released her own one-off programme for the BBC. Jessica Ennis-Hill and the Next Generation showed her interview the next stars of British athletics. Specialising as an after dinner speaker, her life experiences throughout her career have set her in exceptional stead to fulfil all speaker duties and her relatable and positive personality help her shine during her appearances. Articulate in her role as an after dinner speaker, Jessica Ennis-Hill applies as much preparation and dedication into her role as a keynote and sports speaker as she would into her training and competition.

An inspirational role model to the public and the nation's sweetheart, she is undoubtedly going to progress her career onwards and become one of the most decorated athletes in British history. Incredibly talented yet phenomenally humble, Jessica Ennis-Hill is one of the most desirable sports speakers available currently today. 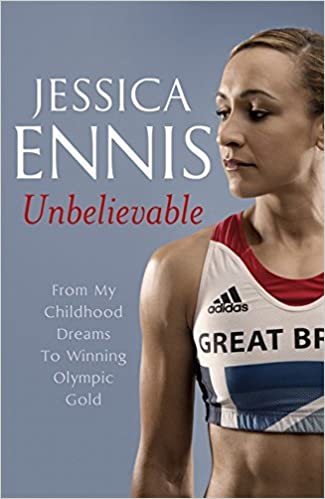 Unbelievable: From My Childhood Dreams To Winning Olympic Gold

How to hire Dame Jessica Ennis-Hill

Contact the Champions Speakers agency to provisionally enquire about Dame Jessica Ennis-Hill for your event today. Simply call a booking agent on 0207 1010 553 or email us at [email protected] for more information.

When she's at corporate events, Jessica is known to cover the following topics: