One of Britain's most inspirational athletes, Col. Dame Kelly Holmes has enjoyed a career packed full of agonising lows and emphatic highs. Owing to her outright determination to achieve her dream of winning Olympic gold, she exceeded her aspirations in dramatic fashion. From an early age, Holmes held two core ambitions; to join the army and win an Olympic gold medal. Amazingly, with no lack of hard work, she was able to do both. It was her unwavering commitment to pushing her own boundaries that saw her rise to the very top of athletics, becoming a champion for young people and aspiring sporting talent throughout the world. After serving as a lorry driver in the Royal Army Corps in her late teens, Holmes worked her way up to a role as a Physical Training Instructor.

Having been awarded an MBE by HM Queen Elizabeth II for her services to the British Army in 1998, Holmes went on to become appointed Honorary Colonel of the Royal Armoured Corps, making her return to the army in 2018. Kelly is also the first, and only person to date to be made an Honorary Colonel attached to a regular unit - a remarkable achievement. She would show the men up too, as she won four events in a day, in one particular championship. By this time, Holmes had created a buzz about her ability once more, as she had done years earlier as a school champion, prior to joining the army. By 1993 she was back on the athletics scene, and just a year later, she was a gold medallist in the 1500m race at the 1994 Commonwealth Games. Further success duly followed and she would pick up medals in the World Championships, European Championships and Commonwealth Games.

The 2000s saw Holmes set aside much of her injury troubles, overhauling her training routine to become one of the top competitors in middle distance running. She picked up a bronze medal in the 2000 Sydney Olympic Games, the 2002 European Championships, a gold in the 2002 Commonwealth Games and silver in the 2003 World Championships, but still, her dream of securing Olympic gold eluded her. After her injury struggles caused her clinical depression and even caused her to self harm, at the age of 34 she went entered training for her final Olympic Games at Athens in 2004. In good form, and without significant injury for the first time in her career, Holmes knew it was her best and final chance.

In her make or break Olympic Games, Holmes wowed crowds as she drove confidently, strategically and brilliantly towards the finish line to win Olympic gold in the 800m final. One of the most dramatic pieces of Olympic commentary would go with Holmes' iconic race, as it seemed there was an outpouring of relief and utter joy around the nation. The world stood up to salute the absolute courage and ability of Kelly Holmes to proceed through the tough times to reach the absolute pinnacle of sport. That day she inspired a generation, and she would wrap up an incredible tournament with Olympic gold in the 1500m just days later. Today, Dame Kelly Holmes is without a doubt one of the country's greatest inspirational Olympic speakers, ideal for schools, sports teams and corporate audiences wishing to tap into themes such as peak performance, drive and determination and Olympic glory. 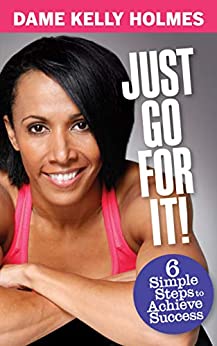 Just Go For It: 6 Simple Steps To Achieve Success 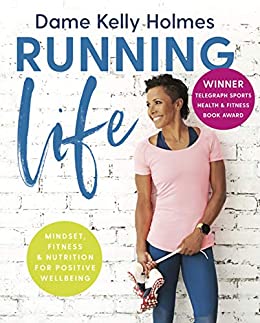 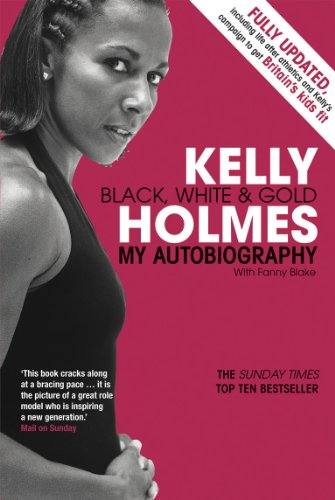 Contact the Champions Speakers agency to provisionally enquire about Col. Dame Kelly Holmes for your event today. Simply call a booking agent on 0207 1010 553 or email us at [email protected] for more information.

During the COVID-19 pandemic, Kelly attended many virtual events, booked as the exciting guest speaker. Read the feedback she has received below.

"It went very well! Better than we could have imagined – very positive feedback. Dame Kelly even joined in on our cocktail making session after! Our clients absolutely loved it. Thank you so much for helping us arrange!!" - Ruby @ Exponential E

"If you could pass on to Kelly a personal thanks from myself and Katie. The talk exceeded our expectations, the energy, authenticity and inspiration Kelly gave our colleagues was brilliant and since the session finished only 30 minutes ago, we have been inundated with positive feedback and comments. A huge thank you for agreeing to be part of our employee wellbeing initiative"- Megan, MDLZ

Kelly is regularly booked to engage audiences at in-person events, read her latest feedback below.

"Charles Stanley Plc has been a stockbroker and provider of financial services since 1792. Today the company continues to grow with offices nationwide offering a complete investment management service to their clients. Kelly drew on her own inspirational story to deliver a motivational after dinner speech to senior employees of Charles Stanley Plc at their 2013 Business Conference." - David, Chairman

"She was amazing!" - RMP Enterprise

“We had an amazing day and Dame Kelly was an excellent ambassador!  Kelly was happy to have numerous selfies and spend time talking to the staff in the call centre which meant a lot! Her speech was brilliant and kept us all spellbound and to some a bit emotional." - Michelle, Newlyn Connect Centre”

"Please pass our thanks on to Kelly.  The delegates' loved her and all staff was in agreement that she was the best speaker that we have ever had!" - Petrina, Institute and Faculty of Actuaries

"Many thanks for arranging Dame Kelly. She was amazing and went down a storm at our event. Lovely lady who had time to speak with a lot of people." – Carmelle JCI

"It was fabulous – she is such a lovely woman and the energy from the audience was fantastic, they all loved her and bless her she was mobbed afterwards for photos and chats and she had time for everyone, really couldn’t have asked for a better guest for our first live event – she has set the bar high." - Sky

"She was fantastic. Really engaging and spent so much time with everyone. It’s being really talked about across the company - people just loved her session and how engaging she was. Thank you!" - Duncan, Domestic & General

"Kelly was incredible! Thanks! "- Lucy, Healthcircle

"Kelly was fantastic. We enjoyed having her on stage and the audience were clearly engaged - she covered a wide variety of topics in a relatable way. I have heard nothing but positive feedback from attendees. The crowd were particularly interested in her charitable endeavours. She was both humble and inspiring." - Indeed

"Would you be able to pass on not only my thanks but a huge thank you to Dame Kelly on behalf of everyone at the hospice. Dame Kelly truly went above and beyond for the hospice on Friday and we are extremely grateful. It was an absolute pleasure for our Fundraising Director to show Dame Kelly around the hospice prior to the event. The audience absolutely loved Dame Kelly’s interview with Dougie on stage and thought she really was a true inspiration. We truly hope Dame Kelly enjoyed being involved."- Amanda, The Prince & Princess of Wales Hospice