During his career as an athlete, Lord Sebastien Coe was a world record-breaking middle-distance runner who won four Olympic medals representing Great Britain. After his retirement, he led London's successful Olympic bid and was chairman of the London Organising Committee for the Olympic Games.

A rare gem who has given so much to Britain and the world of athletics, Lord Coe is an inspirational speaker like no other. He was awarded a Lifetime Achievement Award at the BBC Sports Personality of the Year Awards in 2012, having already won the main award in 1979 and the Special Gold Award in 2005. He was also inducted into The Sunday Times' 100 Makers of the 21st Century list celebrating those who have shaped society and inspired us all.

After a successful Olympic bid in 2005, London became the first city to have hosted the Games on three occasions. For his central role in convincing the IOC to choose London to host the Olympic Games and his services to sport, Lord Coe received a Knighthood in 2005.

He would take a lead role even after the successful bid and would give a famous address to the world at both the opening and closing ceremony of the London 2012 Olympic Games. He was also credited with involving the Queen in the Opening Ceremony, in a famous scene from the short film, Happy and Glorious, featuring James Bond. He was later made a Member of the Order of the Companions of Honour for his services to London 2012.

Lord Coe has continued to serve the world of sport, as he is the vice president of the International Association of Athletics Federations, chairman of the British Olympic Association and the first chairman of the FIFA Ethics Committee. He was an inductee into the inaugural IAAF Hall of Fame and has served as a worldwide Ambassador for sportswear giants, Nike. He was also the subject of docu-film Sebastian Coe: Born To Run. Outside of sport, Lord Coe was made a Life Peer in the House of Lords in 2000 and has served as an MP for the Conservative Party.

In recent times he has spoken at events that include the 23rd EBU Sports Assembly, the European Athletics Convention, the IRB World Rugby Conference and Exhibition and the IAAF/LOC Press Conference Portland 2016. An Olympic gold medallist whose career has only gone from strength to strength since his 1981 world record, which was only broken in 1997, Lord Sebastien Coe is an engaging motivational keynote speaker. Today he offers compelling presentations on themes such as teamwork, leadership, resilience, challenging the status quo, sport, the Olympics and risk management.

Arguably the greatest ever British runner and all-round inspiration, Lord Sebastian Coe is a must-have speaker for conferences of all shapes and sizes.

Contact the Champions Speakers agency to book Lord Sebastian Coe for your event today. Simply call a booking agent on 0207 1010 553 or email us at agent@championsukplc.com for a free quote.

When at corporate events, Lord Coe is known to cover the following topics: 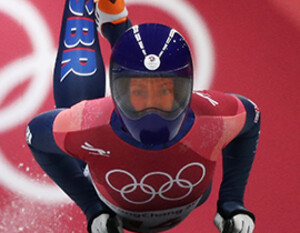 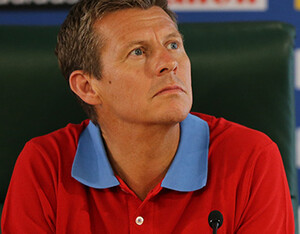