ONE OF GREAT BRITAIN'S MOST SUCCESSFUL EVER GYMNAST, HAVING WON A HAT-TRICK OF MEDALS IN BEIJING & LONDON
Enquire Now
Image
Enquire Now

Louis Smith is a former British medal-winning Olympian who is the only British gymnast to have won a medal in three Olympic Games. A wonderful role model for young people and aspiring Olympians across the country, Louis Smith has become a sought after motivational speaker at schools, universities and businesses.

Helping teams to maximise performance and offering students advice and inspiration for pursuing their ambitions, Louis is a charming, high-energy speaker with a passion for the world of athletics. Louis first showed his immense potential at junior level where he became European Champion in 2004 and 2006. His first senior win followed when he won gold in the Pommel Horse at the 2006 Commonwealth Games in Melbourne, as well as a team bronze. Louis would come accustomed to winning after his first taste of senior success, finishing on the podium with a bronze medal at the Artistic Gymnastics World Championships and again at the 2008 Beijing Olympic Games.

Arguably Louis' biggest moment was yet to come, and at the London 2012 Olympic Games, he brought joy to the home crowd to win Olympic silver in the Pommel Horse as well as a bronze medal in the men's artistic team all-round. For his efforts in London, he received an MBE for services to gymnastics, as well as compete in the 2012 series of Strictly Come Dancing, where he would go onto win the show with dance partner Flavia Cacace. Many more medals would follow including European and Commonwealth success, with gold medals in Glasgow and Montpellier, in addition to a memorable silver medal in the 2016 Rio Olympic Games, to polish off a remarkable career with a haul of 20 medals across major sporting events.

In recent times Louis has also teamed up with S Club 7 star, Rachel Stevens, Blue band member Lee Ryan and Pussycat Dolls singer Melody Thornton for Rip it Up The 70s Show in the West End, featuring an evening of singing and dancing from the songbooks of Michael Jackson, Marvin Gaye, The Carpenters, Pink Floyd and much much more. The dynamic show follows the success of Rip it Up The 60s featuring male winners of Strictly Come Dancing, including Aston Merrygold, Jay McGuinness, Harry Judd and Louis Smith himself.

On the speaking circuit, Louis has been called upon to entertain and discuss his career at events around the UK. In 2017 he opened the new Sports and Life Science suite at Birmingham City University, interacting with students and the general public while launching the updated health, wellbeing and sports programme. He would also join a panel discussion in 2017 at Middlesex University alongside British silver medalist Taekwondo athlete, Lutalo Muhammed. 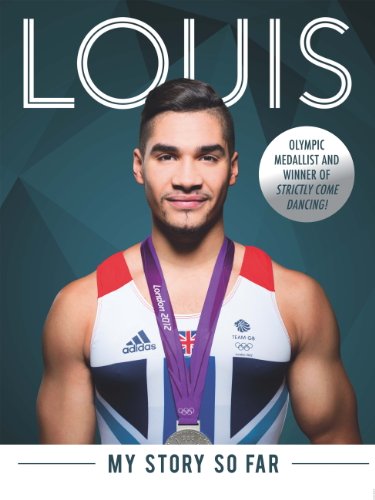 Louis: My Story So Far

How to hire Louis Smith

Contact the Champions Speakers agency to provisionally enquire about Louis Smith for your event today. Simply call a booking agent on 0207 1010 553 or email us at [email protected] for more information.

When at corporate events, Louis is known to cover the following topics:

"Louis Smith to launch our new Sport and Life Sciences courses created an immediate buzz within Birmingham itself when he visited, but his visit has proved inspirational internally, encouraging staff to focus and go the extra mile as we head towards the degrees commencing in September 2017." - Ben, Media Relations Manager, Birmingham City University