Roz Savage proved that anything is possible when she became the first woman to row solo across the three oceans. An inspirational ocean rower, adventurer and environmentalist, Roz transformed her ordinary life into an epic journey through hard work and perseverance, leading her to become one of the most powerful inspirational speakers on the circuit. Acting as a role model to everyone she encounters, Roz’s voyages make for a fascinating keynote speech and her life lessons aboard the boats serve as an inspiration and motivation to audiences.

Over the course of seven years, Roz crossed fifteen thousand miles of open ocean on a twenty three foot row boat, completely alone. Embarking on her first challenge in 2006, Roz became the only solo female competitor to finish the Atlantic Rowing Race, battling failed equipment, four broken oars and her own mental resilience. Not content with one unprecedented ocean row, Roz continued to complete the ‘Big Three’ oceans: the Atlantic, Pacific and Indian oceans all completely solo, in a bid to prove the only limits humans have are the ones we set for ourselves.

Deadly sea creatures, twenty foot waves and the prospect of failure did not deter Roz, who believed wholeheartedly in herself, a key message she shares with audiences as a speaker. Since making the mainstream media headline for her history defining feat, people around the world have become invested in Roz’s incredible adventure. With her achievements featured on every major news channel and publication, it's no surprise that her epic life story was shown in a documentary ‘Rowing the Atlantic’ and her three books have reached critical acclaim.

In addition to her personal goals, Roz aimed to raise awareness of environmental issues with her challenges, and has since become an advocate for change as a United Nations Climate Hero and a BLUE Project ambassador. Evidently a hugely inspirational woman, Roz now dedicates her time to her speaking engagements. Able to offer, not only her own incredible story, but an insight into how to achieve profound resilience, courage and motivation, all qualities audiences can achieve themselves. She has given talks across six continents and a wide range of sectors, previous clients include: Google, Disney and National Geographic as well as giving an influential TED talk. 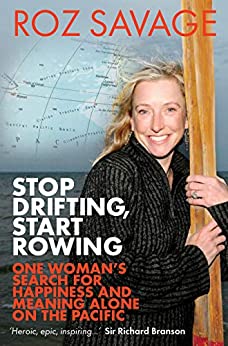 Stop Drifting, Start Rowing: One Woman's Search For Happiness And Meaning Alone In The Pacific 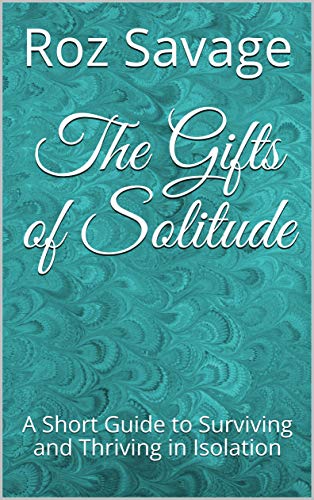 The Gifts Of Solitude: A Short Guide To Surviving And Thriving In Isolation 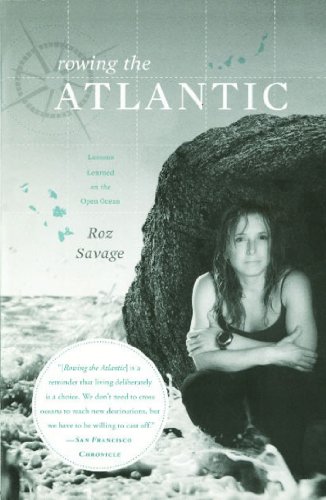 Rowing The Atlantic: Lessons Learned On The Open Ocean

How to hire Roz Savage

Contact the Champions Speakers agency to provisionally enquire about Roz Savage for your event today. Simply call a booking agent on 0207 1010 553 or email us at [email protected] for more information.

"Heroic, epic, inspiring, historic." - Sir Richard Branson
"Roz was energetic, passionate, engaging and real. Her connection with both our employees and our clients, and the dialogue it sparked both within the room and beyond was tremendous. Everyone left with a little optimistic spring in their step, inspired to make changes and live their lives a little differently. It was an amazing experience to share her world for that hour.” - Jill, Credit Suisse
“Our time together was very special for us. You are a natural presenter and so quick on your feet. You adapt to the audience and your delivery is so natural. You make it appear effortless which is the mark of a true professional. I was taking presentation notes the entire time you were with the WPO chapter.” - Scott, World Presidents Organisation
“Roz recently spoke to Gannett employees about ways to face stormy seas on the path to transforming our business. Her lessons in grit and perseverance will help anyone navigating today’s rapidly evolving business landscape.” - Maryam, Gannett Co. Inc.
Image