Widely recognised as one of the most lucrative investment opportunities to come from Dragons' Den, Levi Roots is the musician and businessman behind the infamous Reggae Reggae Sauce. From a grassroots upbringing in Jamaica to international entrepreneurial success, the characterful businessman has diversified his career to include media appearances, a full range of unique food products and publications. Behind every great venture is passion, and Levi’s success is no exception, hear how to turn passion into profit from the man himself with an entertaining and influential keynote talk from Levi.

A chance encounter with a BBC producer, whilst selling Reggae Reggae Sauce at a food trade show, saw Levi invited to appear before the panel on BBC’s Dragons' Den. Quirky, original and humorous, Levi’s pitch on jerk bbq sauce got the investment of global businessman, Peter Jones, and a subsequent exclusive deal with retailer Sainsbury’s. Now, over a decade on from his initial investment, Levi’s stock has out sold market leaders, released a full range of other food products and is valued as a multi million pound business. The success is in Levi’s passion, authentic story and unique products, an award winning recipe.

Born in Jamaica, Levi was taught about Caribbean flavours and culinary skills from his grandmother, who raised him. Moving to London in the ‘70s he joined the rest of his family who were living in Brixton, and thrived in the diverse music and food culture, inspired by the Notting Hill Carnival, where he eventually began selling his Reggae Reggae Sauce. Prior to experiencing entrepreneurial success, Levi gained a reputation for his musical abilities, having been nominated for the Best Reggae Act MOBO Award in 1998 and sang for Nelson Mandela on his visit to the capital.

Now an iconic public figure, Levi has featured on Ready Steady Cook, hosted his own series ‘Caribbean Food Made Easy’ and even made his acting debut. With such demand from home cooks wanting to recreate his eclectic flavours, Levi has released a number of cookery books, including ‘Levi Roots’ Reggae Reggae Cookbook’ which featured a foreword by Peter Jones himself. An entrepreneur who has founded his business on a love of good food, Levi Roots is admired internationally for his authenticity and down to earth personality. A brilliant businessman who can inspire audiences to create their own business success, Levi Roots is a valuable and entertaining speaker for occasions. 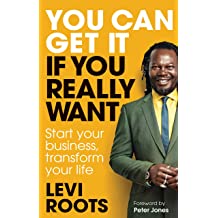 You Can Get It If You Really Want: Start Your Business, Transform Your Life 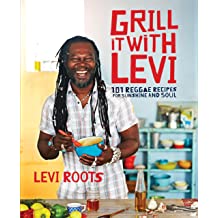 Grill It With Levi: 101 Reggae Recipes For Sunshine And Soul 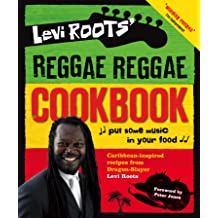 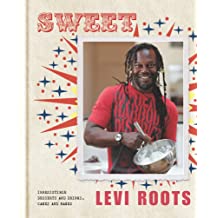 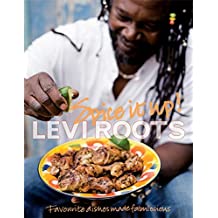 Spice It Up: Fabulocious Recipes To Spice Up Your Life 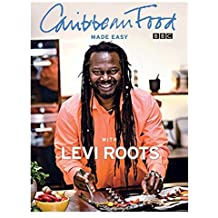 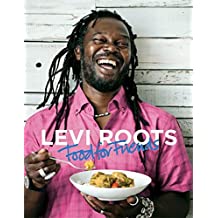 Levi Roots For Friends: 100 Simple Dishes For Every Occasion

How to hire Levi Roots

Contact the Champions Speakers agency to provisionally enquire about Levi Roots for your event today. Simply call a booking agent on 0207 1010 553 or email us at [email protected] for more information.