Voted Business Woman Of The Year, Ultimate Entrepreneur & Rated Among 'The 50 Most Inspirational People In The World'
Enquire Now
Image
Enquire Now

Karren Brady is the definition of an inspirational woman. The award winning business mogul is best recognised as the former Managing Director of Birmingham City and Vice-Chairman of West Ham United, a self made success who has since utilised her platform to champion others to achieve their ambitions. Working both in government and her personal ventures, Brady has not only continued to make an influential impact in business, but paved the way for others to make their mark. Named as one of the 100 Most Powerful Women in Britain in 2010 and 50 Most Inspirational People in the World, why not learn from the pioneer yourself, with a keynote speech from Brady.

Motivated by her desire to create an impact in the industry, Brady chose not to go to university, instead taking up an advertising traineeship. A resilient and unrelenting worker, Brady’s work ethic paid dividends when she was appointed Managing Director of Birmingham City football club aged only 23, by the time she was 27 she was the youngest ever Managing Director of a UK plc, a testament to her business acumen and drive. Establishing herself as a formidable talent when it comes to the transformation of businesses, Brady has since achieved the same feat with West Ham, as Vice-Chairman of the club, leading them to sit in the top 5 fastest growing football brands globally.

Turning her distinguished business career into an opportunity to support others, Brady is now a highly sought after motivational speaker. Having spoken for the likes of Costa Coffee, Land Rover UK and Government conferences, she offers an experienced and bespoke talk at each engagement she attends. Speaking on a range of topics, from how to acquire an entrepreneurial spirit to turning a failing business into a world class brand, Brady is an invaluable asset to both individuals and corporate clients. With first hand experience of everything she discusses, Brady’s talks are guaranteed to be captivating and entertaining, as one of the best speakers in the world for the past decade.

A key element of BBC’s The Apprentice, Brady has acted as Lord Sugar’s trusted advisor on the show since 2009. Furthering her platform and reach, Brady who was named Revitalise Businesswoman of the Year 2007, has dedicated much of her later work to championing other women in business, entrepreneurialism and male dominated industries. From her role as the former Government Business Ambassador to chairing the Lifeskills Advisory Council that ensures young people opportunities, Brady’s influence spans generations and sectors. Her inspirational capabilities have been published in print, and her Sunday Times Bestseller ‘Strong Women’. 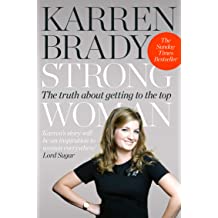 Strong Women: The Truth About Getting To The Top 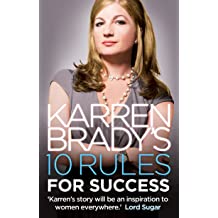 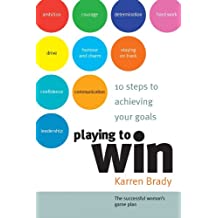 Playing To Win: 10 Steps To Achieving Your Goals 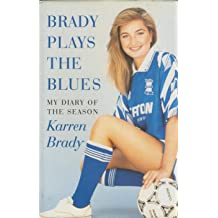 Brady Plays The Blues: My Diary Of The Season

How to hire Baroness Karren Brady

Contact the Champions Speakers agency to provisionally enquire about Baroness Karren Brady for your event today. Simply call a booking agent on 0207 1010 553 or email us at [email protected] for more information.

How to get Entrepreneurial Spirit

One of the qualities that has driven Karren throughout her thirty year career is her entrepreneurialism. Being able to seek opportunities and capitalise on them is at the core of an entrepreneur, and is a skill that can be honed with the right mindset and environment. Karren shares her experiences of entrepreneurial spirit as the spearhead of Premier League football clubs and offers advice on how others can achieve this in their own lives.

How to be the Best You Can

The pinnacle of success is knowing you have reached your optimum output and reaped the rewards, a time Karren experienced in each of her ventures, whether it be club leadership, government adviser or author. Individual to each audience member is their ‘best’ and as a speaker, Karren focuses her talk on inspiring each person to reflect on whether they are achieving their best, and the small steps you can take to get there.

How to Build a World Class Culture

Most relevant to corporate clients is culture, the element that is often overlooked but can make or break a company. Building a thriving business culture is fundamental to success and Karren has excelled at this throughout her career, developing strong working relationships and a positive ethos has allowed her and those around her to work towards a common goal. As a keynote speaker she will give audiences the tools to build a working culture that’s conducive to success.

How to Turn a Failing Business into a World Class Brand

From a financially failing club to a top 5 global football brand, Karren’s influence on West Ham’s international image is remarkable, and her transformational abilities go beyond football clubs. Able to apply her winning formula to any business or sector, at talks Karren is invaluable to others seeking the tools to become a global identity, or bounce back from a setback with strength.

The Top 10 Key Ingredients you Need to Be a Success

There truly is no person better placed to give your audience the ingredients for success than Karren. The internationally revered authority has not only succeeded in her business ventures, but as a mentor, government advisor and anything else she has set her mind to. Passionate about paving the way for others, Karren instills key qualities required for success in each listener of her talks.

"Thank you for taking the time to talk to the ladies at Capital One, they found your talk motivating, inspiring and refreshingly honest!" - Capital One

“‎As one of the UK's leading hospitality brands we recently engaged Karren to deliver a keynote speech at our annual conference in Manchester for circa 2200 delegates. Karren’s  speech was totally ‘on-message’ and really resonated with our team members.  Karren’s appearance  created a real WOW for our team members Costa Coffee.” - Costa Coffee

I was truly enthralled - she was FANTASTIC. I have described her talk as life changing - so refreshing and motivational." - Professional Cricketers Association

"Thank you for making the conference such a resounding success. Overwhelmingly positive feedback, the delegates were truly impressed." - The Management & Leadership Network