Emily Maitlis is a well-known British journalist and presenter for the BBC, she currently presents the BBC Two current affairs show, Newsnight. Maitlis also covers a number of local and national elections for the BBC. She studied at Cambridge University and is fluent in French, Spanish and Italian.

In the early parts of Maitlis’ career, she wanted to work as a director within arts and drama due to her passionate love for drama but instead found herself going into radio broadcasting. Her initial job within the media was working as a documentary maker for the NBC network, Maitlis worked in Cambodia and China but was based in Hong Kong. During her time in these countries, she worked on making a number of documentaries.

After spending six amazing years in Hong Kong, she moved back to the UK to begin working as a business correspondent for Sky News. Her ability to present to an exceptionally high level on Sky News meant Maitlis soon found herself working with the BBC News when the programme was relaunched in 2001. As well as presenting BBC London News, she also appeared as a question-master for The National Lottery: Come And Have A Go television game show. Maitlis also presented STORYFix on BBC News between 2006 and 2007.

Emily Maitlis has spent the majority of her working years as a presenter meaning she has the necessary skills to be a successful current affairs speaker. As a presenter, Maitlis often discusses being under the spotlight, politics and overcoming adversity.

Contact the Champions Speakers agency to book Emily Maitlis for your event today. Simply call a booking agent on 0207 1010 553 or email us at agent@championsukplc.com for a free quote.

When at corporate events, Maitlis often discusses the following topics: 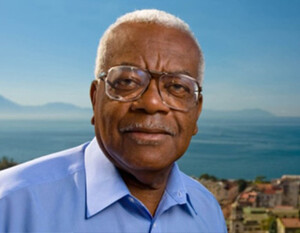