Esteemed British boxer, Tyson Fury, is a two-time Heavyweight Boxing World Champion. Following his 7th round victory against former champion Deontay "The Bronze Bomber' Wilder in 2020, Tyson is firmly established as a formidable force. After enduring a very public and prolonged battle with his mental health, the self-proclaimed 'Gypsy King’ battled his way back to the very peak of world heavyweight boxing. When booked for events, Tyson can discuss his thrilling life story, including the highs and lows of professional competing. Infused with transferable skills like peak performance, audiences come away with a new perspective of success.

In 2009, Tyson remained unbeaten with victories over fellow heavyweights Scott Belshaw and Zack Page. Two years later, he won the title of British Heavyweight Boxing Champion after beating Dereck Chisora. The fight that put him on the boxing map was his now unanimous points victory over Wladimir Klitschko, who had been World Heavyweight Boxing Champion for almost 10 years. Tyson was immediately thrust into the sporting spotlight. As a speaker, he discusses his experience of sudden fame, and the toll it took on his mental health.

Such fame negatively affected Tyson, and severely damaged his mental state. For a short period of time, the heavyweight king was knocked from his throne. However, in 2018 the Gypsy King, who was still the Lineal Heavyweight Champion of the World, returned to give Deontay Wilder a boxing lesson he would never forget. Despite being knocked down twice, the entire boxing world heralded Tyson as the winner, and celebrated the return to his sporting prime. Such was his dominance in the fight, Tyson was awarded Comeback of the Year by The Ring. When booked for events, he teaches audiences the methods to overcome hurdles in their own lives, as he has done.

When the stakes were raised once again and the WBC Heavyweight Boxing title was on the line in the long-awaited rematch against Wilder, Tyson delivered in style. As an international sporting star, Tyson is admired for his determined attitude and ability to overcome obstacles. Speaking from the heart, Tyson’s after-dinner speeches are popular as he gives an honest insight into the highs and lows of his high profile career. Beginning his professional boxing career in 2008, Tyson went on to represent both England and Ireland on the world stage.

Displaying tremendous resilience, mental toughness and following a period of sustained peak performance, Tyson is now in huge demand on the speaking circuit for his exciting after dinner speeches. His unique ability to enthral audiences with tales of both victory and despair ensures that your event is truly unforgettable, while his likeable, honest and down-to-earth personality allows him to connect with audiences on a personal level. Tyson's speaking topics are truly gold-standard, influenced by his first place finishes at the 2008 London National Championships and 2007 Warsaw EU Junior Championships. 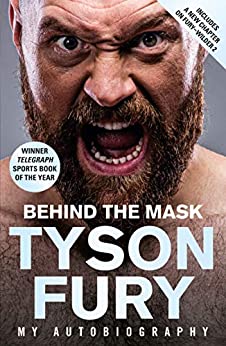 Behind The Mask: My Autobiography 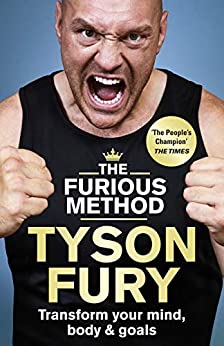 The Furious Method: Transform Your Mind, Body And Goals

How to hire Tyson Fury

Contact the Champions Speakers agency to provisionally enquire about Tyson Fury for your event today. Simply call a booking agent on 0207 1010 553 or email us at [email protected] for more information.