Tony Seba is a Silicon Valley entrepreneur with extensive experience leading fast growth, high-tech companies. He is also a Stanford University Lecturer and Amazon best selling author. Now booked as a speaker he has delivered hundreds of keynotes for organisations like; Google, Davos, the European Commission, J.P. Morgan, and COP21.

He holds a Stanford University MBA and a degree in Computer Science and Engineering from MIT. His early career saw him join disruptive companies such as Cisco Systems and RSDA Data Security in their formative years. He gained a wealth of experience and then went on to be a founding executive for a number of organisations including both private and public companies and growing multimillion-dollar businesses. Tony has led a $200million merger, raised over $30million in venture funds while developing and marketing dozens of products.

His Amazon #1 best-selling book "Clean Disruption of Energy and Transportation: How Silicon Valley Will Make Oil, Nuclear, Natural Gas, Coal, Electric Utilities and Conventional Cars Obsolete by 2030 ", is a testament to his clarity of thought and vision. He has also penned the equally impressive "Winners Take All - 9 Fundamental Rules of High Tech Strategy”. This book documents his much-celebrated investment approach in which his book portfolio returned 2,500% over 15 years, surpassing the average US equity fund average of just 180% returns in the same period.

Alongside his business exploits, Tony has featured in a number of films including Bloomberg’s Forward Thinking: A Sustainable World, 2040, and SunGanges. His passion and advocacy for clean energy has been recognised by multiple awarding bodies; Tony has won the Savvy Award, and the Clean Energy Action's Sunshine Award. His expertise has been called upon by a number of global publications; Tony has been featured in The New York Times, Financial Times, Forbes, CNBC, Fast Company to name a few.

Now booked as a speaker, Tony has a whole host of specific expertise and credentials backing his suitability for corporate events. He is famed for specialising in areas such as product development, clean energy, transportation and business model innovation. For world-class organisations, especially those focused on technology and climate change he is a fantastic choice as a keynote speaker. 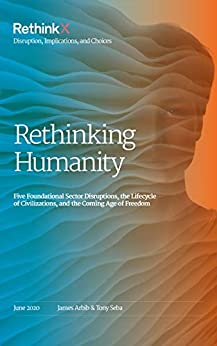 Rethinking Humanity: Five Foundational Sector Disruptions, the Lifecycle of Civilizations, and the Coming Age of Freedom 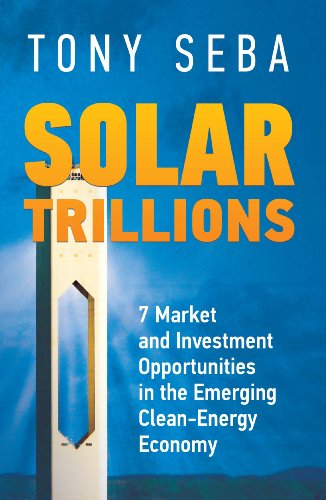 How to hire Tony Seba

Contact the Champions Speakers agency to provisionally enquire about Tony Seba for your event today. Simply call a booking agent on 0207 1010 553 or email us at [email protected] for more information.

“Tony Seba is an unbelievably inspiring and passionate speaker and a terrific lecturer. He has a gift for reducing complex things to their very essence and making them accessible to everyone.” - Sophie, Williams Sonoma, Inc.

“It was an amazing experience and one that I won’t forget anytime soon. Your passion, caring, and deep industry knowledge are simply astonishing.” - Joshua, Oracle

“Your talk was perfect. The audience was ignited and there was real buzz and energy around the place afterwards.” - Duane, University of Auckland