Matthew Pinsent is a four time Olympic champion and has ten world championship golds. He is one of Britain’s most successful athletes in any sport. He is also an IOC member – elected to his post by the athletes. As an Olympic speaker and sports speaker, Matthew tells anecdotal tales of competing the highest level of international competition and how to maximise success. Matthew Pinsent began rowing at Eton College, later teaming up with Sir Steve Redgrave as a last minute substitute due to Simon Berrisford picking up an injury. The pairing went on to win a World Championship Bronze. The duo were world champions in 1991 and Olympic champions in 1992.

After the Olympics Matt returned to his studies at Oxford and rowed in the Boat Race as well as winning more world titles. A wonderful after dinner speaker, Matthew has experienced sport at an elite level, allowing him to recount a plethora of anecdotal tales of his time in the limelight. The pair retained their Olympic title in 1996 and then transferred to a four which won world titles in 1997, 98 and 99 before taking Olympic golds in 2000 and 2004. Matthew spends much of his spare time on Olympic business and working for the charity, Sparks and he is married to Demetra, a Canadian business consultant.

Matthews varied career and extensive knowledge of competition makes him an ideal olympic speaker. Since Matthews’ retirement in 2004, he has taken on a number of media and commercial sporting projects. As one of the BBC’s leading broadcasters for 2012, Matthew fronted the World Olympic Dreams series, following 26 international athletes on their journeys from around the world to the London games. He has also gone onto offer his comments and analysis to rowing events including the Olympics, Henley Royal Regatta and The Boat Races.

He rowed on the highly regarded Gloriana as part of the royal pageant for the Diamond Jubilee of Elizabeth II and once again as an Olympic torchbearer for the London Games in 2012. In the run up to the 2016 Rio Olympics, Matthew also directed Unbelievable - The Chad Le Clos Story which followed the day-to-day activity of Chad Le Clos and his family for 18 months. Matthews’ experience as a highly successful Olympic speaker has translated well into his extremely authoritative and accomplished after dinner and keynote speeches.

His inspirational and motivational delivery of speeches can be tailored to any client’s briefs, with a focus on teamwork and communication that is an elemental part of any athlete’s life. The team dynamics of a rowing crew translate perfectly into a business environment as a sports speaker, the dedication and drive Matthew encountered is the aspiration of any firm. Equally adept as a sports speaker or conference facilitator and event host, Matthew interacts fantastically with an audience with humour and charm whilst ensuring your event runs on time and to plan. 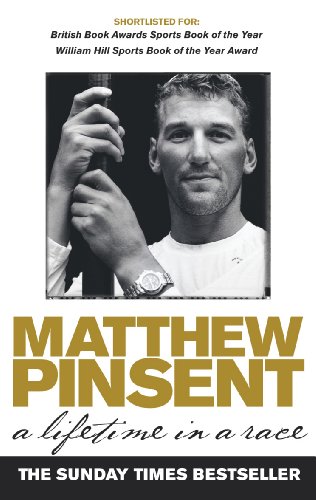 A Lifetime In A Race

How to hire Sir Matthew Pinsent

Contact the Champions Speakers agency to provisionally enquire about Sir Matthew Pinsent for your event today. Simply call a booking agent on 0207 1010 553 or email us at [email protected] for more information.

During the COVID-19 pandemic, Matthew attended many virtual events, booked as the exciting guest speaker. Read the feedback he has received below.

"Matthew was so inspirational." - IHS Markit

"His motivation was infectious." - IHS Markit

"I enjoyed his goal setting approach Amazing that 'winning' was only getting a gold medal (and not silver or bronze)." - IHS Markit

"Interesting that he was aware of his competition, but not solely focused on it." - IHS Markit

"Such precision with managing against the 1st place forecasted target each 4-years." - IHS Markit

"Motivated by Matthew's approach by making small improvements each day. Reminds me of the advice in the book "Atomic Habits" Thanks again!" - IHS Markit

Matthew is regularly booked to engage audiences at in-person events, read his latest feedback below.

"A big ‘Thank you’ to Matthew and Champions for yesterday, it was great to meet him. The whole day went well and Matthew’s talk was fantastic! I hope he enjoyed himself too and I hope I have the opportunity to work with you both again soon." - Procter & Gamble

"On behalf of the Management Team at SCA, I would like to thank you for attending our annual conference. Your excellent presentation was most appropriate for our theme of Delivering Excellence. You told us most clearly, the many aspects to doing just that when you achieved your goals. Our delegates are still talking about your presentation." - SCA UK

"Couldn't be more pleased with our choice of guest speaker at our annual conference.  Matthew gave an excellent performance in front of over 200 of our Senior Managers and Board of Directors, his take on motivation and winning margins was exactly what we were looking for.  He also took the time to chat with many of our delegates over lunch and was more than happy to pose for what must have seemed like endless photos." - Mark, Euro Car Parts

"Matt was brilliant. Everyone loved his session and bringing the medals along was a very nice touch. Thanks for all you help with arranging this!" - Bella, Succinct Communications