Joshua Robertson is a stand-up comedian and motivational speaker. When he was 11 year’s old he had a severe motorbike crash without a helmet on. After being pronounced dead at the scene he was flown to Melbourne Women and Children’s Hospital. Luckily he survived the collision, however, he spent 4 months in a coma and another 7 months in hospital he couldn’t walk or talk for 2 years after leaving the hospital.

Josh left school and began doing stand up comedy in Adelaide, Melbourne and Sydney. He enjoyed performing stand up so he transitioned to the UK to gain more opportunities to progress his career. He has performed for royalty, also appearing on BBC Three, he has worked alongside top-class comedians such as Dara O' Briain, Paul Chowdhry and Jack Whitehall. Alongside stand up comedy, Joshua also does motivational speaking. He speaks about his crash, how important is it to wear a helmet and how having a disability hasn’t changed the kind of person he is, Joshua works in London as a comedian and motivational speaker.

Contact the Champions Speakers agency to book Joshua Robertson for your event today. Simply call a booking agent on 0207 1010 553 or email us at agent@championsukplc.com for a free quote. 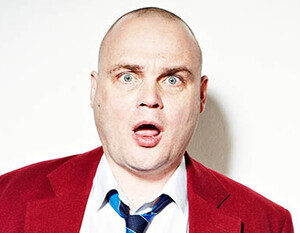