Sustainability campaigner, Jonathon Porritt has been advocating for the environment through his writing, media appearances and trust work for over 50 years. An active voice in the fight for sustainability and the development of responsible practices for the future, Jonathon’s contributions to the field have been defining and he continues to educate both corporate clients and individuals on the steps they can take to join the solution. As a seasoned speaker, Jonathon is revered for his ability to offer implantable advice, share insight from his advocacy career and engage audiences of all demographics in such key issues.

As the Founder of Forum of the Future, Jonathon aimed to combat environmental issues through the sustainability charity working with multinational corporations. Working alongside the likes of M&S, Sky and Unilever, Jonathon’s initiative supports strong partnerships that further support sustainability in business through equipping individuals with knowledge and corporations with strategies. Led by his passion for green practices, Jonathon has also been involved in several progressive projects, authored eight books on the topic and was awarded a CBE in 2000 for his commitment to the field.

One of the most influential green thinkers in the UK, Jonathon’s insight has been highly publicised on all major broadcasting platforms, which has since gained him acclaim on the speaking circuit. Sought-after for the value of his content, Jonathon effortlessly transfers his media experience and professionalism to the stage as a keynote speaker. From his TEDx talk in 2013 on ‘Sustainability for All’ to his presentation at the Leeds Sustainability Institute, Jonathon’s speaking engagements have secured him an international reputation as a transformational addition to any event, be it an industry conference or corporate occasion.

A long-standing supporter of the Green Party, Jonathon has been an influential figure in the political group since its formative years as the Ecology Party, of which he was Chair. Having stood for the group in elections, acted as Chair of the Sustainable Development Commission, and spoken at the Green Party Conference, his presence has been high-profile and his role influential in environmental politics. Continuing his long-lasting impact, Jonathon remains an eminent figure in international sustainability efforts and supports audiences of his talks in joining the green commitment 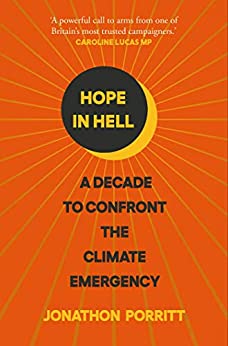 Hope in Hell: A Decade to Confront the Climate Emergency 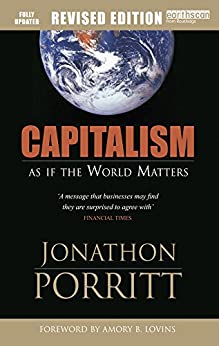 Capitalism as if the World Matters

How to hire Sir Jonathon Porritt

Contact the Champions Speakers agency to provisionally enquire about Sir Jonathon Porritt for your event today. Simply call a booking agent on 0207 1010 553 or email us at [email protected] for more information.

Jonathon is often booked as a speaker for corporate events, read his latest feedback below.

"It went really well thanks. He gave us much to think about and the discussion that followed was rich with ideas" - Sheffield Haworth & Nuveen

“On behalf of the Board and all of the staff at Stonebond, I just wanted to pass on our gratitude and thanks to Sir Jonathon Porritt for a brilliant and engaging talk/discussion today. Fantastic speaker and succinctly summarises such complex matters -we could have continued the debate all afternoon as there was so much engagement and so many questions from the team.” - Andrew, Stonebond Group Ltd

Chris Hines
Founder of A Grain of Sand, Former Sustainability Director of The Eden Project, Founder of Surfers Against Sewage & Special Advisor to the Minister for the Environment
View Profile
Image