Playing a crucial role and saving many lives in the Tham Luang Thailand cave rescue, John Volanthen is a world-record-holding British caver. He has been at the forefront of cave exploration over the last two decades and is an expert at both caving and diving. Often with his dive partner Richard Stanton, John has mapped and explored caves in places such as the UK, Europe and Malaysia.

In 2018 John executed one of the most significant cave rescue's of his career alongside his trusted partner Rick Stanton. Attending the scene of the Tham Luang incident in Thailand, he led a team through a flooded dungeon of a cave, two and a half miles long, buried deep inside a mountain. Amazingly the duo located the missing children, surpassing the abilities of the special forces, and took part in their extraction, thankfully executing a successful rescue mission. The duo has confirmed themselves as heroes after a video of them making initial contact with the team went viral worldwide.

One of the best cave divers in the world, John holds numerous world records, one which was set in 2004 for the greatest depth achieved in a British cave. This entailed a 76m cave dive at Wookey Hole in Somerset. A further world record for the longest cave penetration dive was gained in 2010 alongside Rick Stanton, René Houben and Jason Mallinson. This was a multi-day operation in the Pozo Azul cave system in the Rudrón Valley in Spain to which they obtained 8,800m and camped beyond 6km of sumps.

An extremely inspiring individual, John has participated in numerous search, rescue and recovery incidents such as the Gliesion Colliary flooding and the recovery of Paul Esser. Additionally, he was involved in the search in the Ardeche for Eric Estable which resulted in him being awarded the Royal Humane Society Bronze medal. John is also an innovator, building modified rebreather systems and a sump mapping device which works where the traditional compass and note pad techniques are not feasible.

John has engaged and inspired thousands around the globe with his high impact story including teamwork, perseverance, innovation and success. He delivers a strong message that can be applied across every organisation from mental strength and resilience to problem-solving and managing stress in high-pressure situations. He pushes audiences through his phenomenal stories and lessons to see the similarities between cave diving and modern working life.

Contact the Champions Speakers agency to book John Volanthen for your event today. Simply call a booking agent on 0207 1010 553 or email us at agent@championsukplc.com for a free quote.

When he's is at corporate events, John is known to cover the following topics:

"John’s keynote was great! You could have heard a pin drop and literally nobody was on their phone which (unfortunately) is not always the case."- Richmond Events 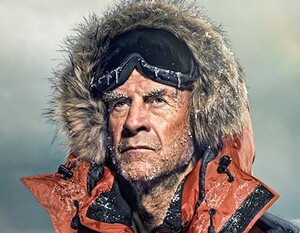 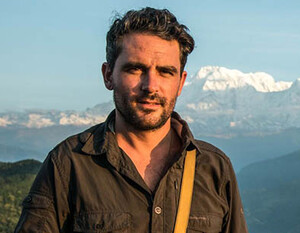 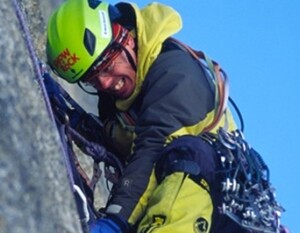