Gérard Jones is an award-winning entrepreneur and professional football coach that is also a highly sought after speaker. Having grown his first business to huge success, Jones’ venture went on to become listed among the Top 100 Best Business Start-ups in the UK in 2010 aged 19 at the time, he later went on to become a Director of Coaching at Arsenal Soccer Schools, one of the world’s largest soccer school programs where he established the largest advanced development centre network that saw hundreds of young players sign for professional academies. An exceptional CV that showcases his wonderful career within football as a coach, leader and businessman, the ever impressive Gerard Jones is available to hire as a speaker through the Champions Speakers Agency.

Since his promising beginning, Jones launched a private coaching education company and most recently worked as a Director of Coaching in the US, becoming a leading provider of football coaching and personal development with revenues of over $2.5m, back-to-back State-Championships and increased participation in community programs.

Working as a Head Coach, Academy Coach and now as Head of Coaching at Bristol Rovers FC, Gerard took on the responsibility of developing the careers of coaches as well as players by focusing on helping them to improve the efficiency and effectiveness of how they perform. In addition to being a highly skilled trainer, he holds a Master’s degree in Performance Coaching and is also a Qualified Teacher and Published Author, with his book titled: Let’s Talk Soccer examining how communication can be used to enhance decision making. Gérard has a history of supporting enterprise, having been awarded Ambassador status for Entrepreneurship in the UK by Enterprise UK in 2009. He has supported businesses and educational institutions around the world, delivering talks and workshops on talent management & development, intra-preneurialism and entrepreneurialism as well as communication and personal development.

During his talks, he engages the audience with his boundless energy and enthusiasm to enhance how they work, by inspiring people with his high-level detail and examples. The winner of a multitude of awards, Gérard was most recently awarded the JCI UK Ten Outstanding Young Persons Award for his entrepreneurial success in coaching, as well as being listed among the Top 50 Brightest & Most Talented People in the North of England by IPPR North.

A highly effective, proficient and successful coach and businessman, Jones’ diverse skillset among many other fine qualities enable him to be excellently placed to deliver insightful, relatable, informative and engaging performances as a speaker. Combining both his practical experience and theoretical knowledge, Gerard Jones is able to provide tremendous value to a wide array of audiences whether it be in a sporting or corporate setting making Jones the ideal speaker for any occasion.

Contact the Champions Speakers agency to book Gerard Jones for your event today. Simply call a booking agent on 0207 1010 553 or email us at agent@championsukplc.com for a free quote.

When at corporate events, Gerard is known to cover the following topics:

See what people had to say about Gerard's speaking, here:

"Gérard has been involved with Petroc through the European project ENTEUR (Enterprising Europe). Gérard is a brilliant motivational speaker, whose enthusiasm captivates and enthuses an audience and we hope that he will come back in the future to work with the staff as well as students"

"Gérard possess's high acumen and delivery in practical sessions as well as classroom-based lectures. Gérard is clearly highly thought of and has a strong ability to keep people engaged"

"Gérard's delivery and presentation, backed with his passion and enthusiasm are first-class and I would have no hesitation in recommending him to others" 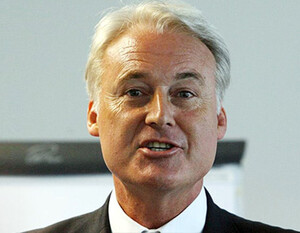 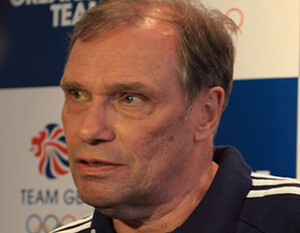