Colin Jackson CBE is a legend within Great British athletics, an Olympic silver medalist and two-time world champion, Jackson is considered one of the worlds most successful hurdlers of all time. Jackson was no stranger to success throughout his career and he went undefeated at the European Championships for an astonishing 12 years, he held the world record of 12.91 seconds for the 110m hurdles.

Although a world-class hurdler in his prime, Jackson now spends the majority of his time as a sports commentator for the BBC, he has also featured on a number of celebrity entertainment shows. Jackson’s athletics career started as a decathlete but he soon switched to hurdles, his success started from an early age as he won gold at the 1986 World Junior Championships. The talent was there for all to see and he was soon promoted to the senior team, he won a silver medal in the Commonwealth Games in 1986 before performing exceptionally well to achieve a silver medal at the 1998 Olympic Games.

Jackson’s senior career spanned over 15 years, in which for 10 of these years he was the world record holder for the 110m hurdles. Throughout his career, he won an astonishing 21 medals, including 12 gold medals and 8 silver medals. He won medals at the Olympic Games, World Championships, European Championships, Commonwealth Games and more.

He retired after the World Indoor Championships in 2003 and become a coach, he coached one of Britain’s most successful swimmers in Mark Foster, as well as top British prospects Rhys Williams and Timothy Benjamin. Jackson was a key member of the BBC commentary team and coverage throughout the 2012 London Olympic Games. He was appointed an MBE in 1990 which has since been promoted to OBE and eventually to CBE in 2003 for his services to athletics.

As well as becoming a commentator and coach since retiring, Jackson has also appeared in a number of different television shows, he has featured on Who Do You Think You Are?, Celebrity Masterchef and Strictly Come Dancing where he came second to Darren Gough.

A hugely respected figure and legend of British athletics, Colin Jackson CBE is the perfect after dinner speaker for any type of event. As a speaker, Jackson often discusses maximising success, drive and determination, peak performance and dealing with pressure. Jackson has an abundance of knowledge within athletics and possesses a marvellous personality when this is coupled with his presenting skills and speaking attributes, he makes for the perfect speaker. 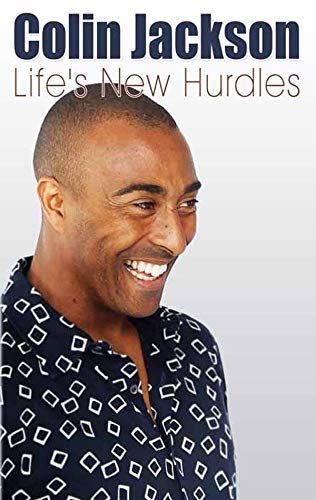 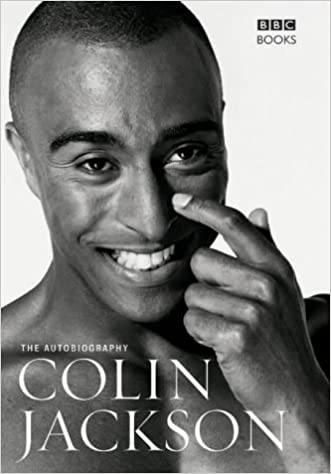 How to hire Colin Jackson

Contact the Champions Speakers agency to provisionally enquire about Colin Jackson for your event today. Simply call a booking agent on 0207 1010 553 or email us at [email protected] for more information.

When he's at corporate events, Colin is known to cover the following topics:

"The delivery and content of his presentation was excellent.  I have rarely, if ever, met anyone who is so generous with his time with every single person he meets. He has that rare ability to make each one feel so special.  Nothing is too much for Colin; his rapport with both children and adults is obvious from the moment he arrives" - Herts Youth Games Association

"I just wanted to say thank you for yesterday.  Colin was fantastic and I really appreciate him arriving on time, being fully briefed and ready to go. We had some really positive feedback on his speech from students, guests, tutors and our VIPs so please pass on our thanks". - Manchester College

"The event went really well, Colin was amazing, really interesting, entertaining and funny and such a nice guy from the very moment he arrived." - Tina Paisley, The Exeter Foundation

“Colin Jackson was the perfect addition to our business event. He was extremely engaging, lovely to talk to and interacted with all our delegates following his keynote. Would highly recommend him as a speaker for any event!” - Helen Brady - Event Manager, Events Northern

"Please can you pass back to Colin huge thanks for speaking at and essentially hosting our event.  He was fantastic and couldn't have been nicer – he spoke to, and had photos with hordes of people after the event.  He's definitely a world champion speaker as well as a world champion athlete.  His talk and Q&A session were absolutely gripping, fit the brief perfectly and left everyone feeling really inspired to reach for the things that really matter to us, turn mistakes and obstacles into stepping stones and put our whole selves into whatever we are trying to achieve.  I found myself wishing I had means of taking notes!  We're all still buzzing." - Sophie, Dentons

"Colin was brilliant!! The feedback from people who have been before was he is the best speaker we have ever had at the event.. and as you know we have had some good ones over the years!!! Nothing was too much trouble… and we can’t thank him enough for all his help with the event. Also thank you to you and your team there for all the support." - Tamzin, Wiltshire Council

"I just wanted to let you know that yesterday went very well. Colin was as engaging as we had hoped. Colin handled the questions excellently and was very open while maintaining professionalism. The talk was absorbing and while Colin would have clearly delivered it before, he came across very naturally and engaged with us. Some great insights." – Georgina, Head of HR  at ATP Media