A leading futurist, Daniel Sieberg is at the forefront of his field. He is the co-founder and Chief Content Officer for GoodTrust and has previously held roles at Google and Huawei. He is also an author and an EMMY nominated journalist. Available to hire as a speaker, Daniel is an expert in a vast number of fields from leadership to technology advances in a variety of areas such as healthcare making him the perfect choice for any audience with his thought-provoking and engaging presentations.

Daniel studied at both the University of Victoria and the University of British Columbia, where he graduated with a B.F.A. in Writing Journalism and Technology and a master’s in journalism respectively. He then started his professional career as a journalist for the Vancouver Sun. He went on to cover science and technology and worked for ABC News, CBS News and CNN. He was also the host of CNN’s [email protected] and Planet Green’s G Word and was nominated for five EMMY Awards for his work. His expertise has also been called on by several other major broadcasters, making appearances on The Discovery Channel, MSNBC, BBC News and NBC’s Today Show. As well as writing articles for the Washington Post, Details and CNN.com, Daniel is the author of The Digital Diet and Digital Legacy.

In 2011 he moved to Google and held several major marketing roles within the organisation, that included Global Head of Training and Development with Google News Lab and Head of Media Outreach for Google acting as an official spokesperson. In his six years with the company, he helped build the News Lab at Google, develop two teams focused on journalism and interviewed then American President Barrack Obama. Daniel left Google in 2017 becoming an Emeritus Professor with the Google News Lab and co-founded The Civil Media Company. In 2020 he was named as VP of Public Relations at Huawei USA and co-founded GoodTrust, a company specialising in digital legacy and end-of-life planning. He has also held several other roles in his career such as Advisor at AT Worthy, a Board Trustee at Saybrook University, and a Media Relations Specialist with the American Red Cross.

Available to hire as a speaker Daniel Sieberg has conducted arrangements on every continent except Antarctica and boasts an impressive clientele that includes the World Science Festival, HPE Discover, SAP Sapphire NOW, the World Islamic Economic Forum, and The Leadership Network. An expert in several fields, Daniel is adept at speaking about business, leadership and the world of science and technology. 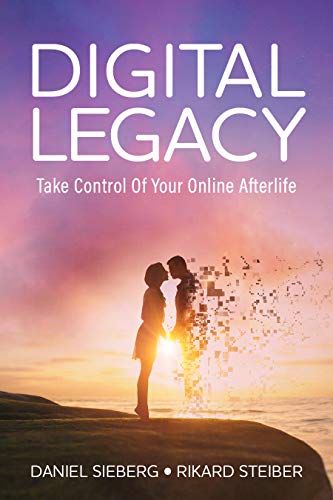 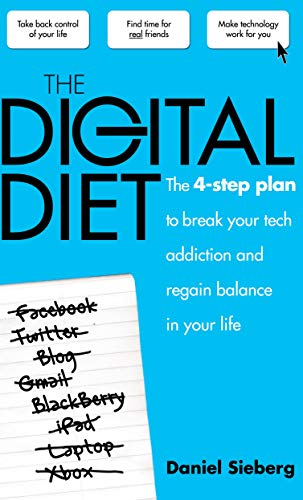 The Digital Diet: The 4 Step Plan to Break Your Tech Addiction and Regain Balance in Your Life

How to hire Daniel Sieberg

Contact the Champions Speakers agency to provisionally enquire about Daniel Sieberg for your event today. Simply call a booking agent on 0207 1010 553 or email us at [email protected] for more information.

"Brilliant presentation and communication with the audience" - Information Technologies for Transport

“Daniel's talk was very well received. It was a risk as he is not a real estate person, but everyone really enjoyed his "Diet" recommendations, and his engaging ways in which Google can provide data for professionals in the real estate development industry as well as academic researchers. He kept the audience engaged and laughing. He is a terrific public speaker. We were thrilled, and lot of positive feedback, as in where did you find that speaker!!!” - Colvin Institute of Real Estate Development at the University of Maryland