Anna Richardson is one of the UK's most beloved television and radio presenters. Having starred in some of the most cutting edge health, wellbeing and beauty programmes in the country, she has cultivated a reputation as an open and honest host able to engage large audiences on stage and screen.

Anna began her presenting career on Channel 4's The Big Breakfast, the popular light hearted breakfast show that blended news, audience phone ins, interviews and weather reports. Soon she was brought on board for ITV's Love Bites, Love Bites Back, Dream Ticket and Big Screen where she would interview Hollywood stars.

It was her move to Channel 4 however that made her a household name in British television. She wrote and produced shows that include the popular diet programme, You Are What You Eat, which spanned four series from 2004 to 2007.

Supersize vs Superskinny followed which would put Anna back in front of the camera to explore the secrets and myths behind dieting and nutrition. She helped to highlight the truth behind so-called diet food and demonstrated the futility of extreme dieting. Richardson became a favourite among young audiences and her truthful and witty demeanour helped secure viewers in their millions.

2008 would see her became the face of sex education in the UK, as she headed up The Sex Education Show, which prompted a further four spin off series, ending in 2011. From there she would present Secret Eaters and co-present How Not to Get Old and Supershoppers.

She also worked as the TV presenter for Channel 4’s food surveillance show Secret Eaters and the beauty series How Not to Get Old where she would continue to shun many of the taboos of society and reveal to her audiences the truth behind the beauty and diet industry.

She has also been a guest panellist on Loose Women and had significant success as a writer and journalist throughout her time in the media. As an engaging and educational presenter, Anna Richardson is without a doubt one of the leading lights in British presenting.

Contact the Champions Speakers agency to book Anna Richardson for your event today. Simply call a booking agent on 0207 1010 553 or email us at agent@championsukplc.com for a free quote. 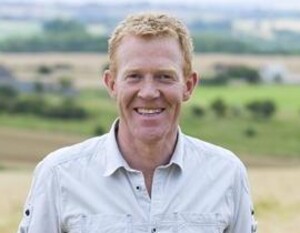 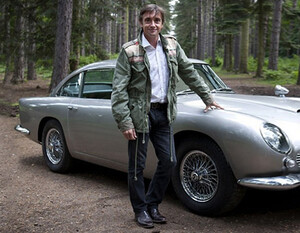