Mountaineer and motivational speaker, Andy Cave started out as a simple Yorkshire coal-miner, leaving school at sixteen with no qualifications; however, a personal love of exploration and a determination to push himself to the absolute limits of human capacity lead Andy to become one of the most famous and impressive extreme sportsmen and mountain explorers of recent years.

Now working as a motivational speaker covering topics of teamwork, peak performance and personal strength Andy is known the world over for climbing some of the most dangerous mountains in the world and surviving in some of the most extreme conditions known to man.

Along with his team Andy Cave has stretched the limits of human resources and resolve, summiting some of the most infamous mountains in the world; completing his first major climb aged just 20 Andy proved his many doubters wrong when he succeeded on the notorious north face of the Eiger. Andy’s success has continued ever since and he now leads expeditions across the Himalaya’s, has summited Divine Providence, one of the hardest climbs in Europe, and also lead a team to tackle Mount Kennedy’s North Face in Alaska.

Andy’s achievements do not end there however, in his twenties Andy returned to education and has not only garnered a degree in English but subsequently achieved a PhD in Linguistics. A truly inspirational after dinner speaker Andy Cave has proved both his personal and physical strength; in his capacity as a motivational speaker Andy highlights how all his life experiences, from his work in the coal mines, to his PhD and, of course, all his impressive mountain climbing expeditions, have guided him into a new and positive way of life.

Andy Cave is the ideal motivational speaker, his experiences as both a mountaineer and in his life outside rock climbing demonstrate that even those whose prospects seem bleak can achieve truly great things.

Not only has Andy completed some of the most awe inspiring climbs in the planet and gained a PhD but he has also published a number of books, covering both his life as a mountaineer as well as his motivational speaker principles, and has also appeared on a number of high profile television and radio programmes discussing both his own achievements and the ways in which others can improve their confidence and realise their aspirations.

Contact the Champions Speakers agency to book Andy Cave for your event today. Simply call a booking agent on 0207 1010 553 or email us at agent@championsukplc.com for a free quote.

Thanks so much for speaking at our conference, we received great feedback following the event – Our brokers were clearly able to draw some strong parallels between your experiences and the challenges they face in business. It provided a great close to the conference, pulling together our key theme of working together to overcome challenges - BNP Parabis 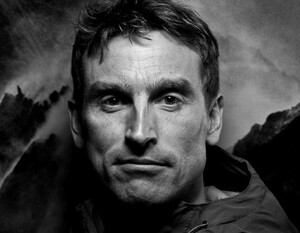