Aaron James is an impressionist comedian hugely popular on stage and screen. Such is his extraordinary talent, he has become a voiceover artist for the likes of BBC Radio Five Live, Talksport and even hosted three Las Vegas World Title fights. It is due to his incredible impressions of much loved and renowned sports stars, as well as media personalities that have earned him recognition as one of the finest celebrity impersonators in the UK.

Having made his name on the corporate events scene, Aaron has gone on to grace some of the greatest stages in the UK with his presence. He has appeared on television shows including Friday Night with Jonathan Ross, Only Fools and Horses and Match of the Day, as well as entertained audiences at major sporting events.

His sporting and corporate entertainment endeavours have included entertaining guests at World Cup finals and European Championships. He hosted the 2017 London Football Awards and is also called upon as a regular host at Twickenham prior to kick-off at major rugby matches.

He has entertained in the hospitality suites on matchday for English football giants Chelsea, Leicester City and Manchester United and even showed his versatility, acting as an auctioneer and event host at sports quizzes and awards. Perhaps his crowning moment though is appearing as MC during three major boxing title fights including the Hatton vs Mayweather fight at the Bellagio Hotel, Las Vegas.

Golf days are another area where Aaron is favoured. As an all-round entertainer, he is able to impress during the day or evening, with his fast-paced sets. This has seen him head up golf days for Porsche, British Airways and Virgin Atlantic.

Aaron’s hilarious sets cover many of the biggest names in show business. His remarkably accurate and popular Chris Eubank impression leads the way, while his one-liners, comic prowess and a broad range of impressions is impressive, to say the least. So much so that he has been brought in to host events for the likes of Barclays, Bosch and Aston Martin.

Likeable, distinct and in possession of that all-important x-factor, Aaron is a must-have addition to all manner of occasions. With 30 years of experience at the forefront of the entertainment industry - he is the ideal awards host, comedian or after dinner speaker to make your event sparkle.

Contact the Champions Speakers agency to book Aaron James for your event today. Simply call a booking agent on 0207 1010 553 or email us at agent@championsukplc.com for a free quote.

"Please pass on my thanks to Aaron - he was amazing last night. We’ve had some great feedback from our sponsor who thought Aaron was great.  But mostly Aaron was just lovely and it was great to have him part of the event. The event was a huge success and we are really pleased with how the event went. Thank you for all your help as well." - Maria-Anna, Willow Foundation

"It was a pleasure working with Champions UK and Aaron James for our first Foundation event. The audience thoroughly enjoyed Aarons humour and he was perfect for the event. Aaron also conducted the auction which raised an amount far greater than our expectations." - Carl, Intelligence Tax & Accountancy Limited 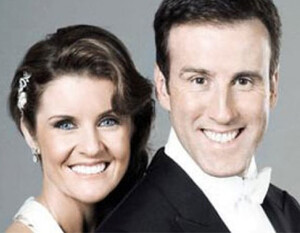 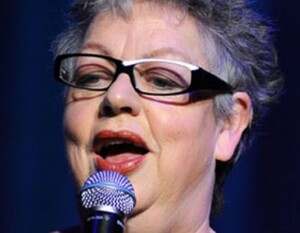