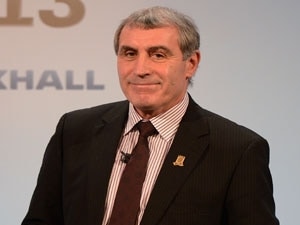 Over two million children have benefitted from the exciting range of workshops, assemblies and after school activities brought to primary schools across England and Wales.

In conjunction with the 2014 World Cup, Peter Shilton will be supporting a range of workshops and visiting schools to inspire children with his incredible story. Peter is England’s most-capped player of all-time and played for England in three consecutive World Cups as well as starring for a host of top professional clubs.

Olympic Silver medallist Gail Emms MBE is also a supporter of the organisation, acting as another role model for the young people involved.

At Champions Speakers, we have a range of motivational speakers available including business experts, sports stars and entertainment icons.