Also known as the Iceman, Whim Hof is a revolutionary motivational speaker, extreme athlete and holder of 21 Guinness World Records. In addition to making global appearances on well-known media outlets such as, ABC, NBC and National Geographic, he is also an Instructor and Teacher of the Wim Hof Method.

The Wim Hof Method is a breathing technique comprised of three pillars, cold therapy, breathing and meditation. Similar to Tibetan Tummo, the method aims at stimulating deep physiological processes, allowing people to unlock their full potential. Boasting celebrity clients, Wim has shared his method with Jim Carrey, Harrison Ford and Tom Cruise. He has also appeared on TEDx, Netflix, BBC and Joe Rogan, demonstrating his techniques to millions of people. At 1.96 million subscribers on his YouTube channel, Wim’s method has generated copious interest. As a result, Wim has been featured on numerous popular YouTube channels including Yes Theory, Russell Brand and Vice.

Climbing 7,400 meters of Mount Everest in 2007, wearing nothing but shorts and shoes, Wim is known for pushing the boundaries. In 2016 alongside journalist Scott Carney, he reached Gilman’s point on Kilimanjaro, only wearing shorts. He has run barefoot marathons in the Arctic circle and in 2000 won a Guinness World Record for farthest swim under ice.

In addition to his frequent speaking at events, podcasts, and as a guest on prominent channels. Wim is also an author of 5 books, his most recent being published in 2022, titled, The Wim Hof Method. Not contended with redefining the norm, Wim is looking to change the world with his ideas. A very popular speaker, with millions of followers practising his techniques worldwide, he is a highly passionate, energetic individual with mind boggling experiences. Book Wim Hof now. 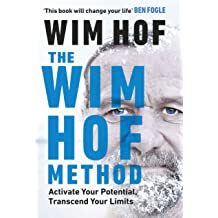 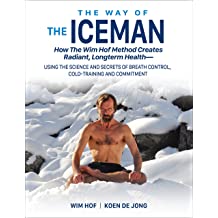 The Way of The Ice Man 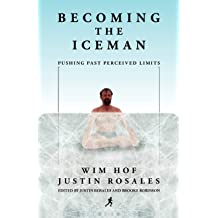 How to hire Wim 'The Ice Man' Hof

Contact the Champions Speakers agency to provisionally enquire about Wim 'The Ice Man' Hof for your event today. Simply call a booking agent on 0207 1010 553 or email us at [email protected] for more information.

"Wim I hope to train with you someday. I love to jump into that cold water and climb that mountain with you. Your method has truly helped me with psoriatic arthritis. I am no longer taking Humira injections for my symptoms. I am controlling it with breathing, cold showers and ice baths." - Franco, USA

"Learning Wim’s method is like studying from one of nature’s best students. My lifelong fear of cold is history. I now fully enjoy cold immersions, but the benefits are not limited to cold. I am now a better person and a happier being. I smile when facing life challenges." - Mino, Germany

"It’s only been 4 weeks since I started, but the results are remarkable! Thank you from the heart for changing my life, my health, and my understanding of my own power and the influence I have on this. I’m looking forward to a nice cold winter in the Netherlands." - Monic, The Netherlands

"I am 52 years old, and after 10 weeks of the Wim Hof Method I am in the best shape I have ever been. I did 30 push-ups as a test before I started the course, and when I finished I did 100 push-ups for the first time in my life. The Wim Hof Method gives you a good mood, it’s addictive!" - Aivar, Estonia