Revolutionary British entrepreneur and inventor, Sir James Dyson CBE is the founder of the vacuum and household company name, Dyson. An award-winning inventor, James designed the Dual Cyclone, Englnd’s biggest-selling vacuum cleaner, which is just one of the many significant creations and contributions he made to the Dyson company and manufacturing world.

A truly impressive inventor and creative thinker, James’ earliest inventions took place whilst he was still studying at the Royal College of Art. His first invention the Ballbarrow, was a modified version of a wheelbarrow using a ball instead of a wheel, which became an idea that James stuck with, eventually having an influence on one of the later models of the Dyson hoover. During this time, James also created the Trolleyball, a trolley that launched boats, and the Wheelboat, a boat that could travel at speeds of 40mph on both land and water.

It was in the late 1970s that James developed the idea of using cyclonic separation to create a vacuum cleaner that would not lose suction as it picked up dirt. After five years and over 5,000 prototypes, James launched the G-Force cleaner in 1983. However, after no no manufacturer or distributor would take his product in the UK, James decided to sell it to th Japenese market through catalogue sales, and went on to win the 1991 International Design Fair prize.

After failing to sell his invention to the major manufacturers, Dyson set up his own manufacturing company, opening up a research centre and factory in 1993, and thus Dyson was born.

As an award-winning innovator and businessman, James has been recognised and honoured a number of times for his achievements and impact on the design and manufacturing world. As a result he has been awarded The Prince Philip Designers Prize, received the Lord Lloyd of Kilgerran Award, received an Honorary DEng degree from the University of Bath, elected a Fellow of the Royal Academy of Engineering and elected a Fellow of the Royal Society. Not only that, but he was also appointed Commander of the Order of the British Empire in 1998 and then knighted in the 2007 New Year Honours. In 2016, James was appointed to the Order of Merit for his contributions and achievements to industrial design.

A truly inspirational figure, James’s designs and influence has revolutionised the way vacuums are made. During his thought-provoking and inspiring talks, James discusses topics that include business and economics, business management, science and technology, the future of technology, and dreaming big.

Contact the Champions Speakers agency to book Sir James Dyson for your event today. Simply call a booking agent on 0207 1010 553 or email us at agent@championsukplc.com for a free quote.

When at corporate events, James is known to cover: 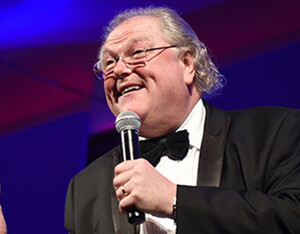