In 1982, the Sir Galahad was destroyed in Bluff Cove on the Falkland Islands. On board was Simon Weston, Welsh Guardsman, a name and face that was going to become well known for his struggle to overcome his injuries (46% burns) and redefine his role in life. Simon’s message is one of achievement, of triumph over adversity, of seizing the moment and succeeding, whilst his aim is to impose these core beliefs onto everyone he presents to as a motivational speaker.

Today Simon takes the opportunity to convey his story as a motivational speaker in order to inspire, motivate and encourage those, who like him, want to move on to the next goal, whatever it may be! Simon believes that only obstacles created by yourself will limit you reaching your desired targets and successes in life. Filled with passion, whether an event or conference, he tries to make his talks as an after dinner speaker as inclusive and fulfilling as possible. Simon's wonderfully engaging personality, bubbling enthusiasm and delightful humour as a motivational speaker ensures he is a first pick for many companies to speak for them, being invited back time and again. Both an intriguing and engaging after dinner speaker, Simon also lays his hand very well to providing a wonderful and humorous presentations.

After recovering from his injuries, Simon's road to complete physical, spiritual and mental health saw him become active in a number of highly successful ventures including 'The Weston Spirit', a Liverpool-based people's charity. Simon's tireless work for the Royal Star, Gerter Home and Royal British Legion saw him awarded with an OBE in the 1992 Queen's Birthday Honours. His other accolades for his bravery and committed work for charity has meant an appearance the Top 100 Merseysiders List of 2003, whilst also being recognised as one of the Top Welsh Heroes in 2004.

Simon's story has been very well publicised, told by five BBC Television documentaries: Simon's War, Simon's Peace, Simon's Triumph, Simon's Return and a little later in April 1999, Simon's Journey. His autobiography; Walking Tall, was No.1 in the best selling list at the time, whilst Going Back, stayed in the Top 10 Bestsellers for eight weeks. Along with further publications, Simon has now begun to become a successful children's storybook writer, focusing on the adventures and life of a horse, whilst giving an educated and well rounded view of the world.

In the 2015 New Year's Honours, Simon was awarded a CBE for his contribution to charitable causes. When interviewed, Simon explained, "to be given the CBE for charity work means a great deal to me because it's something that I have been very passionate about over the past 33 years". In Simon's Heroes, he talked to the people touched by the Falklands conflict, utilising skills he developed both as a radio presenter in the 1990's and now as a conference and event speaker, his voice-over provides a stark reality to events and clearly demonstrates Simon's ability to communicate with varying types of audience as a motivational speaker. Simon’s message is one of single-minded determination, to not only accept what is, but to turn that to your advantage. Simon’s own career epitomises how a positive mental attitude can achieve great business goals.

Contact the Champions Speakers agency to book Simon Weston for your event today. Simply call a booking agent on 0207 1010 553 or email us at agent@championsukplc.com for a free quote.

When he's at corporate events, Simon covers the following topics:

See what people had to say about Simon's keynote and after dinner speeches here:

"I just wanted to pass on that Simon Weston was absolutely brilliant! The learners benefited a great deal from these talks." - Jayne, Newcastle-under-Lyme College

“Simon was a huge success. People are still talking about it and everyone I've spoken to found Simon's address really inspirational and very moving. His remarks about rehabilitation had particular resonance with the delegates and he pitched everything perfectly. It was just right for our conference” – April 2015 (conference in Cardiff)

“Simon was absolutely amazing, as I am sure you are aware. The feedback has been extremely positive!” – April 2015 (conference in Boston)

“Simon was such an inspiration. After all that he has been through his positive outlook on life really made me sit up and think. His added humour made it even more enjoyable.” – March 2015 (Housing association)

"Just a quick email to say, OMG, how brilliant and inspiring and amazing and, and, and everything positive……….is Simon Weston.  It was such a wonderful story he told, I can’t even use the word presentation, because it genuinely felt like a story told with such warmth and humour!  I was completely and utterly mesmerised throughout!" - Jas Kinslow, Learning and Development Manager, Crédit Agricole Corporate and Investment Bank

"Simon was fantastic and very well received- everyone I have spoken to so far has been saying how inspiring they found him- we even had a resident in the audience who was in hospital at the same time as Simon when he was first brought in with his burns- what a small world! Our Chief Executive and Board were very appreciative of him spending his time to come and talk at this very special event- as was I. He really was the perfect fit, and so adaptable and versatile, a true professional." - Sophie Bryan Organisational Development Manager Central & Cecil

"Simon was very well received by our teams and the speech was relevant/emotive and hit all the right notes to our audience." - Sarah Douglas, Charity Link

“Simon was fantastic! Feedback was….One of the best speakers we’ve had. Hugely motivational, Funny, Fantastic presentation, Captivating, Many thanks for all your help!" - Laura Rigas, Johnson & Johnson

"Thank you so much for your help with Simon’s visit.  He was amazing.  Such a privilege to meet him.  The entire audience were totally engaged, you could hear a pin drop." - Kate, The Portman Estate

"We thoroughly enjoyed the motivational speaker, Simon Weston at our recent event. He was a true inspiration, and has received a 5 star rating from all 144 attendees! Our colleagues have left with a feeling of real pride, motivation and utterly inspired by him. On behalf of our whole Exec team and all guests at the Conference please pass on our sincere thanks to him for his time."- Sarah RAC

"I just wanted to let you know that the event last night went very well. Everyone was captivated by Simon, who gave an excellent presentation. The Q and A session was very good and enjoyed by the audience, and could have gone on for longer" - Walsall and District Samaritans 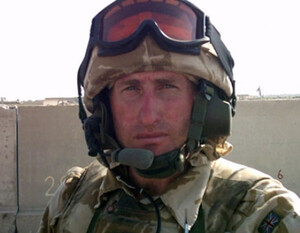 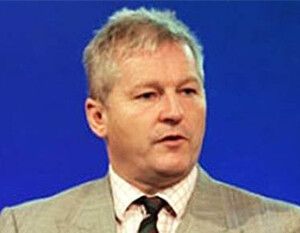 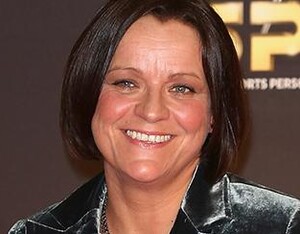 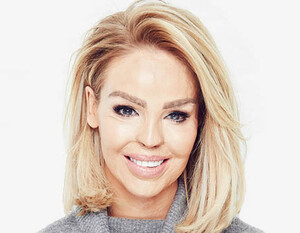