Formerly Britain's favourite weather presenter, Siân Lloyd presented the weather on ITV for 24 years. Beyond this, Siân is a renowned journalist and has made various TV appearances across several major channels over the course of her long career. She is now available to book for cooperate events via Champions Speakers.

Inspiring women and aspiring broadcasters with her determination and the pursuit of success, Siân is in-demand as an event host and after dinner speaker. Now a regular awards presenter, she continues to appear in the public eye having featured on I'm a Celebrity...Get Me Out of Here!, Celebrity Stars in Their Eyes, Through the Keyhole, Countdown and Hider in the House. She has appeared on talk shows including Loose Women, Richard and Judy and This Morning as well as presented several TV programmes including her own quiz show, Risk! In 2009 she starred in the popular West-End hit The Vagina Monologues at The Cardiff Millennium Theatre.

In her time at ITV, Sian became a popular personality and was the recipient of the Television and Radio Industries Club's Best TV Weather Presenter award in both 2005 and 2007. Siân went on to publish her autobiography, A Funny Kind of Love: My Story in 2008, exploring the themes of her life in the public eye. Often credited in newspapers having penned columns for The Telegraph and The Mail on Sunday, Siân is a well-respected journalist who has carved out a niche in recent times as a climate change authority. Regularly discussing the subject in articles for WalesOnline, the Met Office, endorsing the Southeast Green Party in 2019.

One of Britain's most treasured television presenters, Siân can recount the remarkable media career she has led, giving audiences a fascinating view of the public eye, the media, the weather the impact of the weather on us and the impact we have on the weather. Ideal to discuss climate change or to present awards or events for your business, Siân Lloyd is the famous face you might be looking for to get people through the doors. Contact Champions Speakers today. 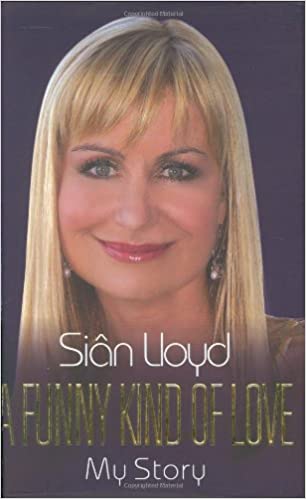 A Funny Kind of Love: My Story

How to hire Siân Lloyd

Contact the Champions Speakers agency to provisionally enquire about Siân Lloyd for your event today. Simply call a booking agent on 0207 1010 553 or email us at [email protected] for more information.

'We had another very successful awards evening last Friday. Sian was absolutely brilliant - a real hit with our guests.'  Bromley Environmental Awards - June 2008

'I would like to thank you for gracing our award ceremony at the Celtic Manor ... Your profesionalism was self-evident but your easy manner and enthusiasm was also most impressive.' - EEF Wales