Out of the box, visionary maverick, and limitless creativity are just some of the ways Shed Simove can be described. Providing motivation to audiences through hilarious stand up routines and quirky keynote speeches, Shed is a one of a kind speaker who has worked with entrepreneurs and corporations as well as non business related crowds, to compel them to achieve their goals and realise their ambitions.

As someone who has an active mind and imagination, Shed has never been short of innovative ideas, and throughout his life has continually worked hard to bring these ideas to fruition. Embarking on a career as a motivational speaker, Shed sought to share his ability to turn plans into realities with audiences, and he has had great success at it, working with the likes of Ebay, ITV and Tesco. Using a combination of comedy, visuals and props he keeps audiences engaged in his fascinating talks on creativity. In 2014, Shed gave a TED talk on ‘How to Have Amazing Ideas’ and again he returned to the TED stage in 2016 and 2019 to share his innovation.

Having always had a creative mindset, Shed began working in TV production, after a brief period as a performer at DisneyWorld Florida. Being involved in some of the most ground-breaking series at the time, Shed was recognised as a forward thinker, having produced programmes such as: Space Cadets, The Big Breakfast and even acting as the commissioning editor for Channel 4’s Big Brother. Always ahead of the curve, Shed shares how he became an ‘Ideas Man’ with audiences at his events.

With a unique perspective on life, Shed wrote a book titled ‘Ideas Man’ to share just some of his wacky and wonderful ideas with the world. The book was a bestseller and received a five star rating due to it’s honest look at the successes and strife of bringing ideas to life. Another of Shed’s ventures under the ‘Ideas Man’ brand is his innovative range of products. From the ‘You're Old’ candles that won Gift of the Year to the ‘What Every Man Thinks About Other Than Sex’ book that placed in the Guinness Book of World Records, Shed has proven his creativity time and time again.

If you’re looking for a speaker to transform your business's profit through creativity, or someone to motivate your team to be the number one, Shed Simove is the truly unique speaker that can do all that, and more.

Contact the Champions Speakers agency to book Shed Simove for your event today. Simply call a booking agent on 0207 1010 553 or email us at agent@championsukplc.com for a free quote.

When he's at corporate events, Shed is known to cover the following topics:

"I invited Shed to come and visit the Unilever UK & Ireland communications team in April 2009 to share with us some of the thought processes and "tricks of the trade" he uses to come up with great ideas. The session he delivered was dazzlingly good - full of energy, insights, inspiration and positivity. If you want to take an alternative, off-the-wall look at how you can inject some creativity into your team or business, then Shed's your man."
- Paul Matthews, Press Officer, Unilever UK & Ireland

"Our commercial team spent a highly amusing and thought provoking evening listening to some of Shed’s real life journeys from mad idea to commercial product. This has caused a real buzz in the team and got our buyers thinking ‘there’s another way of doing this"
- Andy Wiggins, Group Innovation Director, B&Q

"Shed. I’ve never met a character like him. He pitched up in a shiny satin suit and made us squirm, blush and whaddyaknow, think! His can-do attitude and tenacity is an example to us all. He’s also incredibly enthusiastic, getting involved with every stage of the event from planning it to judging the competition. We weren’t quite sure what our clients would make of it all but they were thoroughly entertained and, like Shed’s products, the evening has certainly proved to be a talking point.”
- Elmwood Elliot Wilson, MD, Elmwood

"‘Less talk and more action’ is the name of Shed’s game, as he goes through countless number of practical tips on idea generation, and how to execute them as well. There are thousands of ideas practically staring you in the face, all you need is a bit of ‘Shed inspiration’ to be the catalyst and kick it all off!"
- Desigan Chinniah, eBay UK

“Over and above my own expectations and desires from Shed’s presentation, the feedback from the business has been a huge amount of respect for Shed having the passion and tenacity to see an idea through to its natural completion rather than most who would have dropped it by the wayside. If you’re a business which wants to continue the same well worn path, Shed is not for you. If you want to reinvent yourself or change the way you and your people think, he is an absolute must.”
- Paul Alexander, CEO, Beyond Analysis 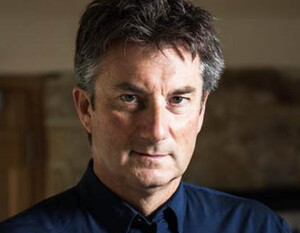 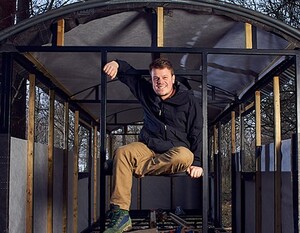 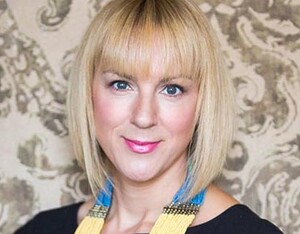