Saira Khan is a famed TV personality, best known for finishing as a runner-up on The Apprentice and for her time spent as a regular panellist on Loose Women. Having forged a successful presenting career, Saira has presented everything from daytime television to children’s programmes. Now running her own skincare brand, SairaSkin, Saira is also booked as a speaker for a range of events to discuss topics such as achieving your full potential in the face of adversity, leveraging diversity in your organisation, entrepreneurship and more.

Bursting into the limelight in 2005, Saira was selected as a contestant on the first series of The Apprentice. Winning over Lord Sugar, Saira made it to the final where she finished runner-up. After competing on the show, Saira launched Miamoo, a skincare brand. Her appearance also kickstarted her presenting career, presenting Temper Your Temper and Saira Khan’s Pakistan Adventure in the following years. She has also since presented Beat the Boss and appeared on shows such as Saving Planet Earth, Comic Relief, Tonight with Trevor MacDonald, Question Time and Children in Need.

Nominated in 2013 and 2015 for the Services to Media Award at the British Muslim Awards, Saira is a favourite as a presenter who is seen time and time again on the screens of British TV. Other prominent presenting credits include Guess the House, The Martin Lewis Money Show and Adopting Abroad, Saira’s Story. In 2015, Saira joined as a panellist on Loose Women, forging a reputation for her passionate and outspoken personality on the show. She has also been a contestant on Celebrity Big Brother and Dancing on Ice, demonstrating her versatility as a TV personality.

Having overcome obstacles throughout her life, Saira is now booked as a speaker for a range of events to share that with a positive attitude you can achieve your goals in life. When booked for corporate events, Saira shares her story of how she was selected for The Apprentice and her journey on the show, filling audiences with motivation to succeed. She is also a popular choice as a female motivational speaker, sharing her experiences as a British Asian Muslim woman and the challenges she has had to overcome to achieve her success. Spreading motivation at each event she attends, Saira is also booked to speak on employee engagement, leveraging diversity in your organisation, how to sell yourself and entrepreneurship. When looking for an empowering, motivating and inspirational speaker, book Saira Khan today. 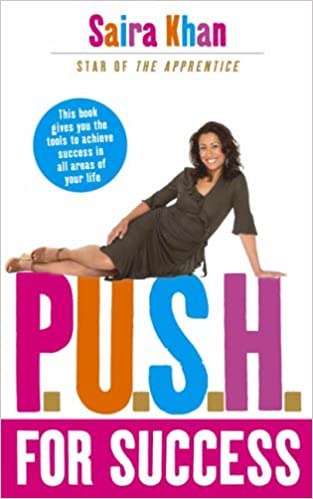 How to hire Saira Khan

Contact the Champions Speakers agency to provisionally enquire about Saira Khan for your event today. Simply call a booking agent on 0207 1010 553 or email us at [email protected] for more information.

Saira is often booked to speak at events, read her latest feedback below.

"Saira is truly an inspiration, she is a down to earth, genuine hardworking woman who radiates motivation and the desire to succeed.  I was completely engrossed in her presentation and found her story and experiences fascinating.  She certainly “does it for the girls"." - Samantha, Women Mean Business Project Manager

"Saira hosted the Action Medical Research ladies' lunch in Glasgow this year. She was phenomenal. Intelligent, witty, full of energy and charming into the bargain, she had the† audience eating out of her hand from the start. As the organiser of the event, I would have to say Saira was my dream host. I sent her a schedule, an outline of a speech and needed just one conversation before she took the stage.† Saira sailed through her address with her heart and soul. †No baby-sitting was required and I didn't have to worry about a thing. We're definitely inviting her back next year! Pure magic!" - Janet, Fundraising Manager, Action Medical Research Scotland

"Saira was excellent last week. The audience had a great night and thoroughly enjoyed her presentation, mixing and mingling" - Wrexham Business Week

"Since Monday I have had lots of great feedback from women who were inspired by your talk, your honesty and tips on getting to the top, so thank you again for donating your time and energy" - Carol, Organiser, Women of Influence Awards