Entrepreneur, author and leading international speaker, Sahar Hashemi, is the founder of Coffee Republic, the UK’s first US-style coffee bar chain. A leading thought leader and recognised original thinker, Sahar has become one of the most inspirational figures on the speaker circuit. Formerly a lawyer and investment banker for over 5 years, Sahar decided to leave the world of law and finance behind her to become an entrepreneur. It was after a trip to New York that Sahar was inspired to create an American-styled coffee bar chain, and thus the Coffee Republic was born.

Coffee Republic became the first US-style coffee bar chain in the UK, and soon became one of the UK’s most recognised high street brands with over 110 bars, accumulating a massive turnover of £30 million. In 2001, Sahar decided to step down from managing the company. After stepping down from the Coffee Republic, Sahar published her first book called Anyone Can Do It – Building Coffee Republic from Our Kitchen Table, which became a best-seller and has since been translated into six different languages. Furthermore, it is the second highest-selling book on entrepreneurship after Sir Richard Branson. She has since gone on to publish a further six books, with her most recent being Start Up Forever.

A truly inspirational figure, Sahar was awarded an OBE in the Queen’s 2012 Birthday Honours list “for services to the UK economy and to charity”.  Moreover, Sahar was also named Pioneer to the life of the nation by Her Majesty The Queen and a Young Global Leader by the World Economic Forum in Davos. Furthermore, she is also a mentor for the charity Change Please providing pop-up coffee bars run by homeless people. Moreover, in 2011, Sahar was nominated by Director magazine as one of the Top 10 Original Thinkers, taking her place alongside individuals such as Sir Tim Berners-Lee, the inventor of the World Wide Web and Sir Jony Ive, Vice-President of Design at Apple and designer of the iPod.

An internationally recognised thought leader and speaker, Sahar outlines the habits that are the basis of Startup Forever which encourages entrepreneurial behaviour in organisations of all types and sizes. These habits will make companies nimbler, more creative, more customer-centric more resilient and better places to work. With the ability to connect with her audience on an emotional level, Sahar ignites the audience with a ‘can do’ spirit and the tools and habits to ‘make it happen’. 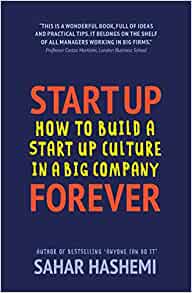 Start Up Forever: How To Build A Start Up Culture In A Big Company 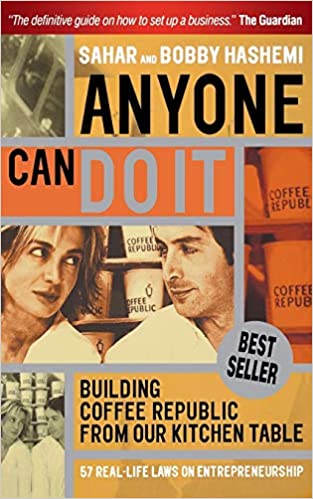 Anyone Can Do It: Building Coffee Republic From Our Kitchen Table - 57 Real Life Laws On Entrepreneurship 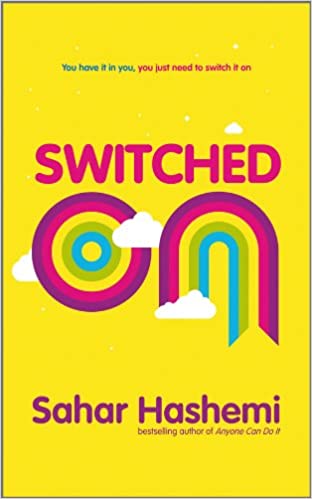 Switched On: You Have It In You, You Just Need To Switch It On

How to hire Sahar Hashemi

Contact the Champions Speakers agency to provisionally enquire about Sahar Hashemi for your event today. Simply call a booking agent on 0207 1010 553 or email us at [email protected] for more information.

When she's at corporate events, Sahar is known to cover the following topics:

Sahar Hashemi has a gift for storytelling. These pages radiate the warmth and humour with which she has passionately spoken so many times about her own experiences as an entrepreneur and subsequent conversations with ‘big business’. There’s an oversupply of frameworks and tools at the disposal of the 21st century ‘intrapreneur’, but this commonsense canter through 10 habits and no less than 34 small but significant ‘shifts’ is a well-crafted wakeup call to the dormant entrepreneur in all of us. Inspiring, human, humble. Just like the author.” - Carl Nagel, Jacobs Dowe Egberts

“This book is about how big companies learn more from smaller ones than vice versa; the biggest learning should be how to be big but entrepreneurial, in other words create an organisation that is driven by its own form of “intrepreneurship” … these are the companies that will win!!!” - Allan, Chairman of The Co-operative Group,  Former CEO of Asda, Chairman of Royal Mail

“A must read book to help managers reflect upon and leverage their state of mind. Sahar Hashemi succeeds in reconciling the brain with the heart through common sense, thereby providing a toolkit to foster, build and maintain the entrepreneurial culture which established big companies need to survive in today’s world.” - Bob Kunze-Concewitz, CEO of Campari Group

“I still remember the impact of Sahar’s speech at the LinkedIn Talent Connect London a few years ago – her story on creating an entrepreneurial mindset in large companies resonated with our audience and I am glad those tips are now turned into a book.” - Carole Zibi, Marketing Director, Linked In

“This is a wonderful book, full of ideas and practical tips on how to make the big established firm more entrepreneurial and innovative. It belongs on the shelf of all managers working in big firms.” - Costas Markides, Professor of Strategy and Entrepreneurship, London Business School

“Sahar is a powerful catalyst to drive entrepreneurship within big corporations. This is not an easy topic, the risk of staying at theory level is high. The reason why I am actively endorsing Sahar is because she provided me and my organization with tangible tools to start making changes immediately. Her personal story is genuine, down to earth, super inspiring and extremely interesting to follow. She talks to people’s heart in a way that awakens the entrepreneur inside. She sells a mindset and she equips you to go make it happen. Her deep experience with corporations makes her suggestions and her collection for do’s and dont’s very actionable. She does not provide theory and that’s it. She is a change agent, a catalyst of change to drive entrepreneurship with a tangible and ready to use approach.” - Stefano Volpetti, Vice President, Proctor & Gamble