Robin Ince is a comedian, author, broadcaster and a champion of scientific thought. Co-presenter of the Gold Award winning BBC Radio 4 programme, The Infinite Monkey Cage, with Professor Brian Cox. Ince also co-presents Josie and Robin’s Book Shambles, one of three podcasts he presents as a part of the Cosmic Shambles Network, which he co-founded with Trent Burton in 2017.

Ince started his stand-up comedy career in 1990 at the Edinburgh Festival. In 2001 alongside Stephen Merchant, Jimmy Carr and Ricky Gervais he performed ‘Rubbernecker’ at the Café Royal as part of the Edinburgh Fringe. Whilst trying experimental material in 2005, he came up with the highly successful Book Club act, going on tour with it in 2006. The same year he was awarded the Time Out Award for Outstanding Achievement in Comedy.

His television career began as a comedy writer for shows such as Channel 4’s 11 O’Clock, where he also performed as an impressionist. A close friend of Ricky Gervais, he appeared in one episode of the hit television show The Office. Ince also has regular appearances as a panellist on a variety of tv shows including Mock The Week.

A talented comedian, Ince likes to utilise his skills in the many scientific events he attends, making appearances at UCL’s Bright Club and the Cheltenham Science Festival. As a passionate rationalist, Ince’s contribution to science extends further through co-creating The Incomplete Map of the Cosmic Genome. An online video-based science magazine, with contributors such as Stephen Fry, Chris Hadfield and Stewart Lee.

Described as a ‘becardiganed polymath’ by the Guardian for his pursuit of science, Ince is renowned for combining both the science and entertainment worlds in his variety shows. A funny intellectual, Robin Ince is capable of educating and entertaining, book him now. 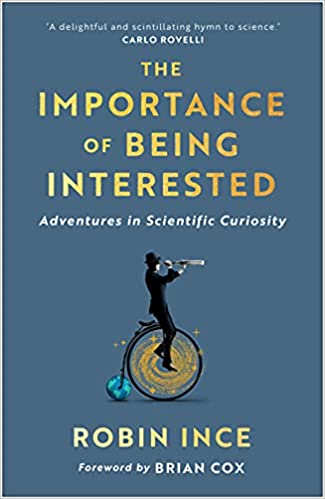 The Importance of Being Interested: Adventures in Scientific Curiosity

How to hire Robin Ince

Contact the Champions Speakers agency to provisionally enquire about Robin Ince for your event today. Simply call a booking agent on 0207 1010 553 or email us at [email protected] for more information.

"Robin was relaxed, warm and funny, as well as incredibly well-informed and prepared. He set the tone of the evening perfectly" - Chloe, Penguin Random House

"Our ceremony is only as good as its host and many people remarked that they thought it was the best year yet. I've never seen a host do so much homework, take such genuine interest, and chat to everyone involved. We would work with him every year if we could" - The CILIP Carnegie and Kate Greenaway Children's Book Awards