One of Britain’s most well known business speakers and entrepreneurs, Rachel Elnaugh found herself in the public spotlight after creating the multi-million-pound business Red Letter Days. Becoming the Veuve Clicquot Businesswoman Of The Year in 2001 and the Ernst & Young Entrepreneur Of The Year in 2002, Rachel’s reputation led to her gaining a place on the fledgling BBC television show Dragons Den. Rachel’s after dinner and keynote business speeches focus on mentoring others to success whilst warning audiences to avoid the crucial mistakes that were experienced by herself.

Rachel started Red Letter Days on a shoestring budget in the front room of her home at the age of 24. During her 16 years at the helm of the firm, it generated over £100 million in turnover. However, in 2005 the company fell into administration, due to an over-expansion of the firm in 2002 despite the business returning to profit and having £3.3 million cash at bank.

The firm’s demise attracted a huge amount of media attention due to Rachel’s extensive media career. Rachel was soon invited to speak about her experiences and was also commissioned to write a book concerning the fine line between success and failure. Business Nightmares, launched in May 2008, fortuitously poised for the upcoming financial recession of 2008. Rachel’s writings are now the go-to book for any struggling entrepreneur in need of a strategy to motivate their efforts.

Rachel’s after dinner and keynote speeches concentrate on business techniques and their uses to maximise corporate success. With an ability to tailor her delivery to suit any client, the vast knowledge Rachel can call upon is sure to captivate and entertain every guest. Elnaugh’s broad skills set also makes her an accomplished event and conference host and facilitator, providing insightful advice for business and personal life alongside ensuring your event runs smoothly and on schedule.

Contact the Champions Speakers agency to book Rachel Elnaugh for your event today. Simply call a booking agent on 0207 1010 553 or email us at agent@championsukplc.com for a free quote. 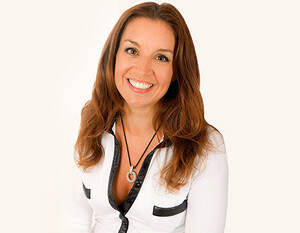