Irish Celebrity Chef, Rachel Allen is best known for regularly appearing as a TV chef on popular daytime shows such as the BBC’s Saturday Kitchen. She is also a best-selling author and a journalist.

An incredibly in-demand individual, Rachel has had a busy and vast career in the culinary industry. Initially starting her career studying at the world-famous Ballymaloe Cookery School, Rachel went on the work at the Ballymaloe House Hotel. Her first big break into the media industry was in 2004 when she broadcast her first series for RTÉ named, Rachel’s Favourite Food, after her successful cookery book. This programme went on to be broadcast in countries such as Australia and Italy, just to name a few.

Rachel is a well loved author of a number of best-selling cookery books, which include Rachel's Favourite Food at Home and Rachel's Food for Living. Furthermore, Rachel is a regular columnist and contributes to a number of Irish publications, including The Sunday Tribune. She has also featured in a number of articles and interviews in the media.

Often described as the “Irish cooking queen", Rachel has a charming personality with an effortless style making it is clear why she became such a successful presenter and guest chef for radio and TV. Rachel been the presenter of the Good Food Channel Market Kitchen show and Saturday Kitchen.

In 2012 Rachel became a Dr Rachel Allen after receiving an Honorary Doctorate in Science from the University of Ulster at Belfast’s Waterfront Hall for her contribution to the culinary arts.

A wonderful and well loved chef, Rachel’s cooking style is simple but delicious, priding herself on the fact that her food is great for family and friends.

At events, Rachel is able to provide demonstrations of her recipes, how to guides, as well as discussing her own career success and struggles in an uplifting and entertaining manner. Not only this, but as a result of her varied media career, Rachel is confident at entertaining guests as either a host, speaker or to perform a cooking segment. Thus, Rachel is a brilliant choice for all manner of events, conferences and after dinner functions.

Contact the Champions Speakers agency to book Rachel Allen for your event today. Simply call a booking agent on 0207 1010 553 or email us at agent@championsukplc.com for a free quote. 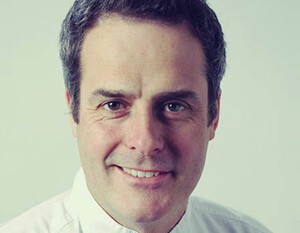