Noel Fielding is an award-winning comedian and TV presenter who has hosted shows such as Channel 4’s Great British Bake Off. Available to hire for celebrity appearances Noel will entertain any audience with stories from his career. He can also be booked for comedy shows and as an events host, proving laughter and a memorable occasion.

Noel began his comedy career in the 1990s and formed the ‘Mighty Boosh’ alongside fellow comedian Julian Barratt. The pair created three stage shows and they won the Perrier Award for Best Newcomer at the Edinburgh Fringe Festival for their 1998 show ‘The Mighty Boosh’. The success saw ‘the Boosh’ commissioned for radio by the BBC and was eventually on Radio 4. The show was then produced for TV and during its three seasons was nominated for several accolades and won the NME Award for Best TV Show three years running, the Loaded LAFTA for Funniest TV Programme and the RTS Programme Award for Situation Comedy and Comedy Drama. Noel was a regular on Comedy panel shows, including Alan Carr Chatty Man, The Big Fat Quiz of the Year and had a recurring role as Richmond in the IT Crowd.  He was also a stand-in captain before becoming a regular team captain on BBC’s Never Mind the Buzzcocks until the show ended in 2015.

In 2012 he wrote, directed, and starred in Noel Fielding’s Luxury Comedy which ran on E4. Alongside Serge from Kasabian, he also produced the music for the show under the band name Loose Tapestries. Noel released two albums as part of the Loose Tapestries and appeared in music videos for Mint Royale, Razorlight and Robots in Disguise. His TV work continued and in 2017 he was named as presenter of The Great British Bake Off alongside Sandi Toksvig and then Matt Lucas. Sky also brought Noel back as a team captain on the remake of Never Mind the Buzzcocks in 2021. He is also a highly successful artist. He has had exhibitions shown at Maison Bertaux, the Museum of Liverpool, the Saatchi Gallery, and the Royal Albert Hall.  He also published a selection of his work alongside The Mighty Boosh co-star Dave Brown called Scribblings of a Madcap Shambleton and in 2011 received an honorary master’s degree from Buckinghamshire New University.

Noel Fielding can be booked for celebrity appearances performing comedy shows and hosting events. A famous face, who will keep the audience’s attention and with unique humour bound to have everyone in attendance laughing, he should be high on the list when selecting a celebrity for your event. 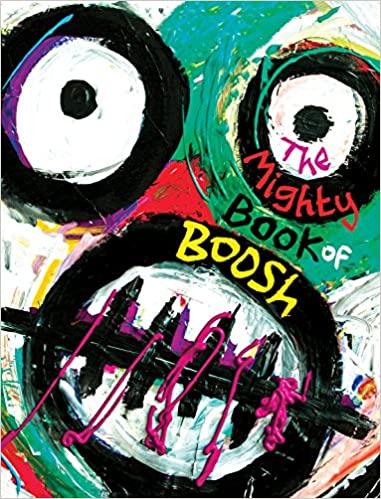 The Mighty Book Of Boosh

How to hire Noel Fielding

Contact the Champions Speakers agency to provisionally enquire about Noel Fielding for your event today. Simply call a booking agent on 0207 1010 553 or email us at [email protected] for more information.

Bill Bailey
Actor, Musician, Singer & Comedian Named as One of the 50 Funniest Acts in British Comedy by The Observer
View Profile
Image