With over 30 years experience as a comedian, it is almost certain that Micky Zany will make you laugh. Micky Zany is one of the most polished, versatile and widely renowned comedy-entertainment in the country. Micky can cleverly adapt to any atmosphere. Through this amazing skill, Micky has received a lot of attention. This has also brought him huge success in television, theatre, after dinner speaking, cruising and cabaret. Being described as the 'comedians comedian', Micky is hugely popular on board of the major cruise liners.

In 1989, Micky began his first voyage on a cruise liner and immediately was extremely popular amongst his English and American audiences. Since then he has cruised extensively performing his comedy acts all over the world with P&O Cruises. Micky has performed on some of the biggest cruise ships in the world, including Victoria, Oriana and Boudicca. Additionally to this, Micky has also performed with Cunard, Princess and Royal Caribbean cruise lines who are responsible for entertaining hundreds of people.

Due to his original style and material, Micky has appeared on some of the most well known and established TV channels in the UK such as the BBC, ITV and Sky TV. Micky has performed regularly during his career as a comedian. He has performed at Butlins, Pontins and Warner Holidays with major success. As a result of this success, he has been voted the Top Comedy Artiste on the holiday circuit on many occasions.

Contact the Champions Speakers agency to book Micky Zany for your event today. Simply call a booking agent on 0207 1010 553 or email us at agent@championsukplc.com for a free quote.

“Micky is a true professional with a natural flair for comedy. I haven’t seen one audience that has not loved, laughed and applauded his individual style and talent, a pleasure to work with and a joy to have on board.” - Andy Mills-Brown, Senior Cruise Director, Fred Olsen Cruises 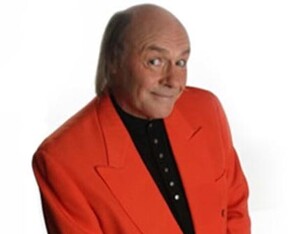 Mick Miller
Stand Out Star Of The 2011 Royal Variety Performance & Won The Hearts Of The Nation In The ITV Show, "Last Laugh In Vegas".
View Profile
Image